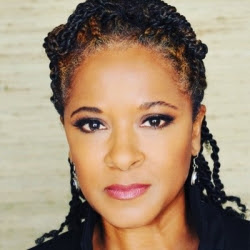 Los Angeles, CA, February 15, 2017 –(PR.com)– After making us laugh for so many years, iconic television actress T’Keyah Crystal Keymáh is gracing the small screen again in a starring role on Seeso’s new, straight to series production, “There’s…Johnny.” Created by Paul Reiser (Mad About You) and David Steven Simon (Fresh Prince of Bel-Air, Mad About You, Wayans Bros.), the show, set in the early 1970’s is a behind the scenes look at “The Tonight Show Starring Johnny Carson.” Keymáh plays Carson’s secretary and chief gatekeeper, Roz.

Best known for her hilarious characters on the groundbreaking sketch comedy show, “In Living Color,” and her other starring roles on “Cosby,” and “That’s So Raven,” T’Keyah Crystal Keymáh is enjoying sinking her teeth into this powerful new role.

“At a time where the value of women seems to be in question again, I am loving my role as a woman who handles her business in a man’s world.”

Keymáh, who took a hiatus from television work, is happy that “There’s…Johnny” came at just the right time.

“Like everyone else, I was a huge fan of Johnny Carson. Though I never got a chance to be on his show, I now feel connected to him,” says Keymáh. “That’s pretty cool. Also pretty cool is the fact that television has evolved to the point that we can spotlight a game changing show through this exciting new technology.”

Some of Keymáh’s other recent credits include: SYFY’s cult favorite franchise “Sharknado 4: The 4th Awakens,” and the quirky indie comedy “What Happened Last Night?”

While the highly anticipated “There’s…Johnny” has not released an official air date, fans are excited to see more from T’Keyah Crystal Keymáh. Keymáh is repped by Stewart Talent Agency.