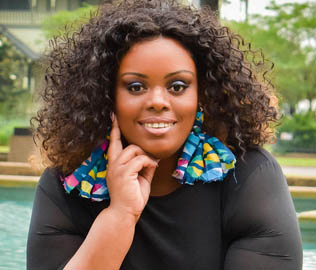 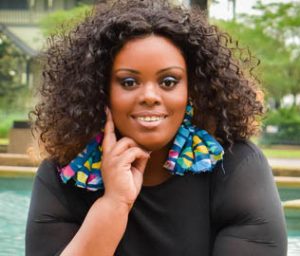 MaQuettia Ledet (Denise) is the Founder/Director of Impact Orange, host of Angles Talk Show, and author of a new book called “Treading: Fight Like a Bride.” Ms. Ledet, a Texas native, serves her city as a Zoning Commissioner and member of their pastoral council. At the age of 17 she got her start in preaching and teaching the gospel in the Church of the Nazarene, a predominately white denomination. She furthered her Biblical Studies at Universal Language Ministries in Houston, Texas, and was ordained at the age of 23. Ms. Ledet is currently a Social Services Case Manager serving communities recovering from natural disasters, such as Hurricane Harvey where she led the evacuation of over 300 stranded citizens to safety. She recently began serving as a Regional Participation Coordinator and Events Coordinator for her company’s National Diversity & Inclusion Board. As a visionary and strategist she uses her gifts, knowledge, and networks to gather futuristic geniuses and create discussions about reform and advancement in church influence, racial and cultural barriers, understanding the Kingdom of God, and the significance of corporate oneness. She believes she is oiled for cross-generational and cross-cultural solutions that impact. Ms. Ledet’s “Treading” philosophy promotes a message of courage, audacity, confident individualism, and intentional achievement. She believes in “Impact by Exposure,” where she intentionally exposes learners to environments that reflect a Kingdom blueprint, environments fueled by honor for one another.

The Greek definition for Treading means to trample AND to aim like an “archer.” We underestimate our ability to move Heaven and God. The book revisits common stories to encourage readers to create a habit of asking God, “What else does this mean?” I want the readers to see key principles used for victory, and understand that oneness with Christ is a reality. He is in victory and we are in Him. Therefore, we expect favorable results and we defy the boundaries between us and the things God promised.

How Does the Book Impact the Readers?

‘Treading’ places the readers in the story; not as spectators, but as beneficiaries. The reader gets a clear picture that this journey has always been leading to them. Every word written, every miracle performed, every story documented was leading to today and leading to them. When it comes to the plans of God we are significant and we are essential. ‘Treading’ also validates our unheard concerns about the “same ole, same ole” that we experience in church. When we courageously confront misguided beliefs and embrace truth, we truly get to experience what Christ experienced when He said, “THIS is why I am here!” (John 17:37) The reader should abandon all aimless devotions and misguided expectations, and should walk away with a clear target in mind. What are you aiming at?

Greatest Lesson You Want to Convey

Defeat is not absolute or final. I recall times I, realistically, should have hit the ground, but I just kept soaring. I launched ‘The Merge’ church 2015 and closed it 2016. BEFORE I closed it God told me (2016), “Trust the Launch!” The church closed shortly afterward. What!!?? It felt like everyone abandoned me, and to a degree EVERYONE did! They left! I felt confused, betrayed, alone, humiliated, and crushed. Logically, I should have crashed, but I just kept soaring. I was shocked! From the lowest place, God raised me up. Thought I felt crushed, I wasn’t crushed; and when I realized I wasn’t crushed, it was on!!

“Treading” doesn’t start as an action for me, it starts as the mentality that causes the action. I wasn’t so strong, I was convinced. I was convinced that I had the right target and I convinced that I could hit it. I kept my eyes on one target and, one month after I closed the church, the earth opened and received me as a Kingdom counselor and teacher. Everywhere I go the opportunity to be the authentic version of ME presents itself. It’s not the work of my hands or man. Creation saw it and received it: my purpose and my role. Defeat? I’m Co-Owner with Christ (Bride), and I decide to stay in defeat (grave) or get up.

The Bridal Season means taking on the posture on an owner; seeing ourselves as servants and sons, but seeing ourselves beyond that. We’re going back to God’s original plan where we rule on His behalf (Bride); that means creating the solutions that mirror His principles, expel societal chaos, and in essence, recreate “heaven on earth”.

Thy Kingdom come; Thy will be done on earth, as it is in Heaven.
WWW.TREADING.ORG 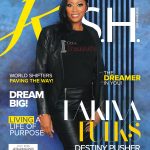 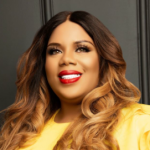