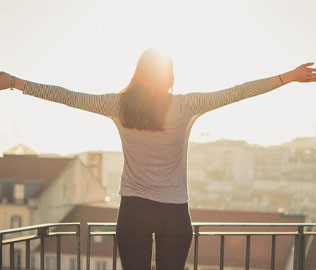 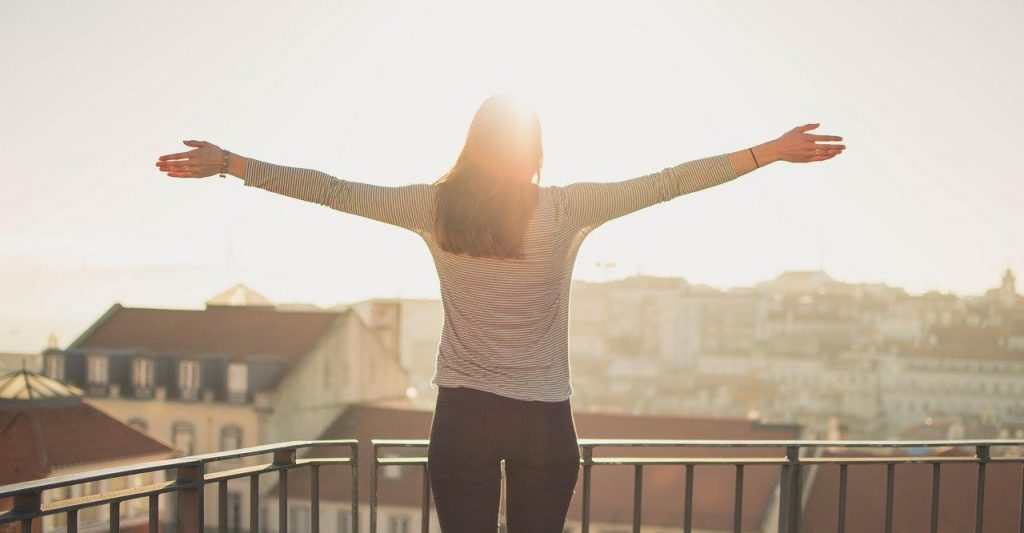 “Between optimist and pessimist
The difference is droll:
The optimist sees the donut
The pessimist the hole.”
– McLandburgh Wilson 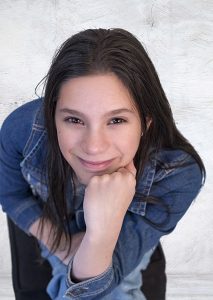 Well, I think we’ve all felt like that before. After all, life is a roller coaster. It can be full of hopeful, exhilarating ups and frustrating, depressing downs. Sometimes the most amazing things happen to us and make us feel like we’re on top of the world, and other times we can be just like what one of my favorite literary characters ever (Sherlock Holmes) said, “…down in the dumps at times.” So of course, the constant changes are certainly normal parts of life.

And sometimes, when we think of optimists or pessimists as people, we confuse ourselves by thinking that the optimist is always riding upward on their smooth, sunshiny roller coaster that isn’t as much of a coaster as it is a carousel of fun and rainbows and butterflies; and we might even think that the pessimist is constantly plummeting downward until they’re underground in their always-depressing lives.

The truth is, neither of those assumptions are true. Oftentimes, optimists and pessimists have the same lives – lives equally full of ups and downs – but one of the two sees positive opportunity, and the other sees negative calamity.

It’s often said, with quite a bit of truth to it, that pessimism is not good or healthy for our minds. According to a study published in BMC Public Health, a pessimistic attitude can lead to serious health consequences, including increased risk of death from heart disease.

Why? Well, when one thinks pessimistically, they are constantly putting themselves under stress and pressure. And those two things – stress and pressure – are two of the most common ingredients in a soup of depression, anxiety, and bad health – both mentally and physically. When one is stressed, they start getting headaches, migraines, and pains in different places. It’s a fact that stress is not good for the human body.

But at the same time, we need a balance. Of course it’s good to stay away from thinking pessimistically and to start thinking optimistically, but then again, we can’t just ignore the real world and the problems that will eventually come our way. Thus the need for balance. The balance of optimism and realism. The balance of being positive and being realistic – seeing things positively yet practically judging real-life situations.

Just like I mentioned in my last K.I.S.H. article (The Balance of Spirituality and Practicality), it’s important to “keep your head in the clouds and your feet on the ground,” as an old quote once said.

So how do we do that? How do we keep thinking positively yet stay practical and realistic?

In this article, I will explain the importance of a good balance between realism and optimism, or rather, a good “partnership” of the two traits that I like to call “realistic optimism”. Let’s dive in!

Many, many years ago, Fox News reported on a study that came from the Archives of General Psychiatry. Researchers studied 1,000 people aged 65-85, and were trying to determine the importance of a positive attitude in dealing with life. These researchers worked hard, spending sweat and tears as they continued studying. After almost 10 years of follow-up studies, these researchers finally found that people who described themselves as optimistic had a 55% lower risk of death from all causes – and to top it off, they also had a 23% lower risk of heart-related death.

As Christians, we know that positivity and light is important. We were made and called to shine a light into the darkness of this world.

Just as Matthew 5:16 said, “Let your light so shine before men, that they may see your good works, and glorify your Father which is in heaven.”

Even 1 John 1:7 confirms this by saying, “But if we walk in the light, as he is in the light, we have fellowship one with another, and the blood of Jesus Christ his Son cleanseth us from all sin.”

That’s great, but what really is optimism? Is it simply positive thinking? Is it the often-talked-about “law of attraction”?

Liz Mascolo, the business unit director at General Mills, defines optimism as being able to focus on a positive outcome.

“It doesn’t mean that you’re necessarily shiny and happy at all moments of the day,” Mascolo explains. “But it does mean that you have an ability to look at a situation and while it might be tough, you’re able to see around that corner and see the possibility…versus the difficulty.”

Oettingen continues, “Optimism is defined as expectancy judgments that you can do certain things in the future. These expectancy judgments are based on past experience, which means that being optimistic takes effort.” She continues to explain that optimistic people are more likely to invest, act, and put effort into achieving whatever it is that they want to get done.

“High optimism will predict high effort and success,” she concludes.

And it’s true. Optimism is not about being happy 24/7 – it’s often just a matter of perspective.

As Mike Erwin, a co-founder of The Positivity Project, likes to remind people, “Positivity [and optimism] is not about wearing rose-colored glasses and rolling over when the going gets tough. It’s about staying focused on the good in any situation.”

I was reading an article about optimism once when something really stood out to me. One paragraph written by the original poster, Joey Pagano, said this about what true optimism is (which is acknowledging the misfires and mistakes in the past while also looking forward to what comes next):

“Now, I’m not saying you shouldn’t be disappointed when you don’t succeed, because you should, as being emotional is just a sign of heart and represents how much you care. What I am saying…is it’s important to get over it, because there’s nothing you can do once it’s in the past. Ruminating about it wastes the time you could instead spend living in the moment or preparing for the future.”

So it’s clear to see that optimism is not only important but also helps you to succeed – if you’re realistically optimistic.

Walt Disney once said, “I always like to look on the optimistic side of life, but I am realistic enough to know that life is a complex matter.”

Being realistic in life is one of the most important traits one can have. Why? Because a good sense of realism helps you prepare for the future, even if it may not be so bright.

An article on Business Insider explained the balance between optimism and realism very well. And yes, there is such a thing as overoptimism – just like overconfidence. It’s great to be confident, but overconfidence leads to arrogance, just like I mentioned before in my article on the K.I.S.H. Magazine, Self-Esteem – Finding a Balance Between Confidence and Arrogance. So in that same respect, overoptimism leads to unrealism.

“Being too optimistic can lead to impracticality and overconfidence,” the Business Insider article read. “If you don’t think about what could go wrong, you won’t be able to prevent it from happening. Mental strength stems from a good balance of realism and optimism.”

When explaining about how to keep optimism in check and keep a realistic mindset, the article continued, “Whether you’re convinced your business can’t fail or you’re sure your new investment will give you a gigantic return, you might overlook the risks you face. If you don’t spend any time thinking about what could go wrong, you won’t be able to prevent it from happening.”

And then they dropped the bomb.

“Your thoughts should stem from rational thinking. But you can still have a positive outlook — sort of a realistic yet optimistic outlook.”

They went on to say, “Developing comfort with the truth will help you build mental muscle. And when you’re mentally stronger, you won’t need to mask your pain with unrealistic affirmations or exaggerated platitudes.”

So exactly like that article said, there should be a balance between optimism and realism: Realistic optimism.

For years, one of my favorite childhood games was in need of updates. It is a pirate game full of adventurous excitement, hilarious dialogue, amazing graphics, epic music, good storyline, and dynamic characters. It started strong in 2012 and they kept it going for several years, but as more and more years went by, they abandoned it for another sister game that was similar but focused on a different theme.

However, we pirate players continued pushing for more updates and more content, waiting and waiting yet getting disappointed over and over again by the entertainment company that made this game. In January of 2021, this entertainment company was bought out by a bigger company, and some people thought this was great news. Perhaps with this new buyout, there would be a new content update after all.

One person in particular – I’ll call him Lucian – I remember being ultimately optimistic about this new buyout. On the game forums, he publicly told everyone how excited he was about this new buyout and claimed that it would be amazing for this pirate game. We would get content updates, he excitedly exclaimed – as excitedly as text can allow, that is. Even in the past years, he kept giving justified excuses as to why the game studio didn’t update their game, and it drove everyone insane on the message boards.

Now, I know several other people on that forum – particularly one by the fictitious name of Kai – who were extremely pessimistic about it. “No, we’re not getting updates and we never will,” they claimed. In a way, I couldn’t help but read their messages in the voice of Eeyore from Winnie the Pooh. They had understandably been let down by the game developers so many times; however, they had no optimism left for the game at all.

Then there were those, like one particular game veteran whom I will call Wilma, who called themselves “cautiously optimistic” about the buyout. They thought this was interesting news, but they wanted to play things by ear first before getting excited. They did, however, claim that they thought the game could possibly get new content updates – they just wanted to be cautious first before getting their hopes up.

Out of Lucian, Kai, and Wilma, which of these three people do you think had the right mentality and mindset about the studio buyout? Lucian was optimistic, so he had the right mentality, right? Well, even though he thought positively, there’s a chance that updates may not come, and then he’ll be left feeling down and depressed.

What about Kai? He was realistic, right? Sure, he might have been pessimistic, but it is true that the entertainment company had left all of us waiting for years, and there’s a chance that they’ll still keep focusing on their other game. So yes, he technically was realistic, but then again, he still jumped to conclusions even though things were still up in the air, and there’s a high chance he might be proven wrong.

Now for Wilma – she was right in being “cautiously,” or as I like to say, realistically optimistic. She thought good things might be in store for the game, yet she didn’t get her hopes up so much that she overlooked all realism entirely. In fact, she’s still playing things by ear – waiting and hoping, but not setting herself up for disappointment.

So let’s all be like Wilma and keep being excited about what the future holds – to keep looking forward and onward, while still glancing at the ground every now and then to make sure we don’t trip. Let’s stay grounded realistically while also continuing to hope and think positively. And remember, just as Gary Busey said, “Pray for the best, prepare for the worst, and expect the unexpected.” 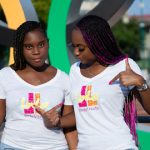 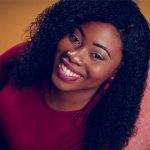