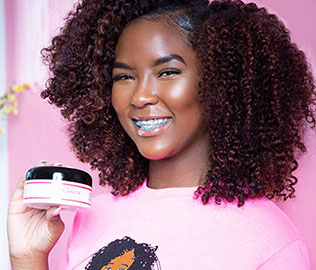 Nationwide… While some companies have had to pivot in the pandemic, 16-year-old Maryland teen Lexi P. is making history as her company Curlanistas is the first hair care line created by a BIPOC female teen to hit the shelves in Sally Beauty Supply. Between her website www.curlanistas.com and Sally’s, she has grossed over $90,000 in sales and moved over 100,000 units of products.

“I didn’t realize I was making Black history, women’s history or anything and now that I realize that, I am even more motivated to inspire other girls to pursue their dreams,” said Lexi. “I’m happy that my products were received so well but I’m also so super excited to launch my very own line of textured ponytails which are coily, curly and kinky textures to match our hair texture.That’s part of why I created the #embraceyourtexture campaign to help girls realize that all hair is good hair and we are entitled to celebrate our beauty.”

Other than owning a product in one of the most recognized beauty supply stores in the USA, Lexi is an average 16-year-old who enjoys acting, competitive dance and chatting with friends. She’s also a 10th grader and has her eyes set on attending an HBCU.

“I would love to go to Howard because of the culture and amazing people who have come up out of there,” said Lexi. “But if I don’t go to Howard, there are some HBCUs in the Atlanta area I think would be a great match for me and it’s a city where I can grow my business in so many ways.”

As the daughter of an African-American woman and Indegenious-American (Piscataway Conoy) man is very active in her communities. When not working on ideas for her business or signing copies of her book ‘Curly Girls Love Your Curls’ she wrote at age 11. Her goal is to have her products in Europe to serve BIPOC who may not have access to items for their hair, as well as to hit the shelves in the Caribbean and Africa.

“Representation matters and my parents have reminded me of that with my heritage,” said Lexi. “As a Black girl and a Native girl and a natural haired girl, I hope that I can continue to inspire others to embrace all that is within them.” 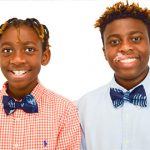