AN INTERVIEW WITH KELLY CREW BY TRINA BOWERS 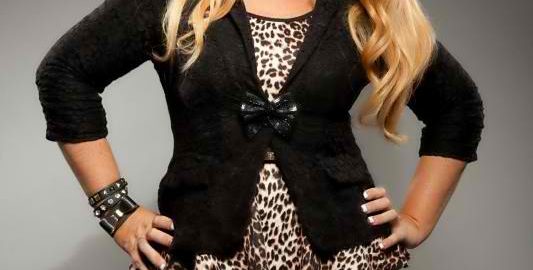 Prophetess Kelly Crews has so inspired me to just believe “The Favor Principle” and receive God’s favor by grace knowing that we all deserve it because it’s been given us by God!

We are so excited to speak with Prophetess Kelly Crews. I know her as a powerful woman of God. I follow her on everything from Twitter to Instagram.

Trina Bowers (TB): I am honored to talk with you! Prophetess Crews! How are you?

Kelly Crews (KC): I am wonderful and how are you?

TB: I am doing great and we are so excited to have you in K.I.S.H. Magazine this season. I have been researching and did not know how many books you have written. You have written so many great books. Nevertheless, I wanted to talk to you about your new book because every time I hear the title it blesses me. So why did you write the book, The Favor Principle.

KC: Well, thank you first for having me and I am much honored to be featured. I definitely follow you and Kishma. I think you are great women of God. So thank you so much. God gave me the title, The Favor Principle, back in March of last year. He gave me a couple things and a couple of visions that I am branching out now but The Favor Principle was one of the titles that I heard for a couple books that I know I was supposed to release. This was one of them. As I was listening to God, I ‘googled’ it and I was like wow somebody had to have written a book called The Favor Principle by now. There was nothing like that at all. It kind of reminded me of Janet Jackson’s song “The Pleasure Principle” but no, The Favor Principle. The Favor Principle is the title that God began to download things to me in my spirit. First, I believe that 2015 is the year of “favor.” This may sound cliché to some people but when you really look at the meaning of favor, it is God’s preferential treatment. He is showing you favoritism in the earth. We are literally wired for it and God has put it in our DNA. Therefore, as I began to write the book, it takes you on a journey of favor and the fairness of favor. It tells how God has given you dominion since the beginning of time and created us to walk in the place of our God given right of obtaining favor.

TB: You know people always wonder about favor. Can you tell our readers how they can obtain God’s favor? Someone will read this article and wonder are they favored and how does he/she get it? How do they get favor from God?

KC: Favor is something that God has already granted us. There are Scriptures in which He has given us Dominion. Psalm 8: 4-6 talks about the dominion we have and we are placed just a little lower than the angels. Job talks about how he has been given favor. The Bible says I know the plans I have for you, declares the Lord (Jeremiah 29:11). There are so many Scriptures in the Book. God has already given it to you. It has been engrafted in you. It is already in the fiber of your being. It is something that we have to embrace with the mindset that we deserve the God given favor that is already obtainable to us. But most of time because of circumstances and situations we are so used to be in ‘‘if’’ and ‘‘maybe’’ situations and things that are temporary that we never embrace the permanency of God, the permanent residence that God has for us to obtain in His perfect grace and will for our lives.

TB: Wow, that is amazing! You know I follow you, see you talking about purpose all the time and you have a radio show called Walking in Purpose! I know you’ve been through many things in your life that’s gotten to your destiny and to your purpose. Why does purpose mean so much to you? A lot of people may not have the direction that they are supposed to have. Why are you so passionate about purpose?

KC: I am passionate about purpose because its goal directedness. I love definitions because it makes you have clarity on that particular situation. A lot of people go through with no purpose. I had a meeting earlier today and it was simply somebody needing direction. A lot of people do not have direction. I know from what I have been through such as divorce, foreclosure, and some very difficult situations—the financial struggles and having two children as a single mother. Just being in a place where I felt like I was going to lose it. I had to work through certain situations and understand why I was going through what I went through at the end of my marriage. While now we are friendly and cordial, at the time it was very devastating. My ex-husband ended up marrying a woman that he cheated on me with for two years. I ended up in the hospital, was only 90 lbs. on Zoloft, and very depressed. So coming through all of that and still hearing God say if you allow me to re-wire you to love people I will accelerate the time and place you in a position where I allow you to see what I have for you. So in that God has really given me a capacity for people and wanting to see them survive and not only survive but survive and become successful.

TB: You got me ready to run! (Laughs) I love people with great testimonies. You know through your testimony that you can find out who is with you and you find out who will stand by you. How did you make it through all your adversity in your life and be able to stand? Every time I see you, I see a woman of God but I see you standing in victory. The kind of stand where you are in the fire but when you come out you don’t smell any smoke! How did you handle it?

KC: Wow, in Isaiah 41, when you past through the waters and through the fire you will not be burned or scorched (Paraphrasing). The only thing I can say is it is only by the grace of God. It is not that I have been perfect. I have made some errors in judgment and I have been through church hurt. There have been rumors and gossip but at the end of the day, God would always protect even when people tried to manipulate. After everything, that I have been through is that God gets all the credit. This is the only way I am here now and still standing in victory.

TB: You look like victory! Tell us what’s happening in 2015 for Kelly Crews Ministries? Tell us what you are doing and where you will be in 2015!

KC: 2015 is already well under way and there are some great things happening. There will be some things announced later on in the year. God is doing some great things with the radio, television, my travelling and speaking. God has opened up doors all the way to the fall and even in 2016 already. God has opened up many doors and connections. I am very excited about that. I feel like I am going to release another book. This year will be one of the best years I have had yet! People can connect with me at www.kellycrews.org.

TB: Awesome, we are honored to have you here speaking to us for K.I.S.H. Magazine and I just want to tell you that I thank you. You are a wonderful woman of God! We are praying for great success for you in 2015! We are so honored to have talked to you! God bless you! 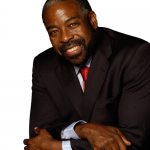 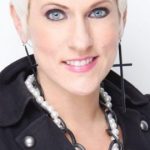