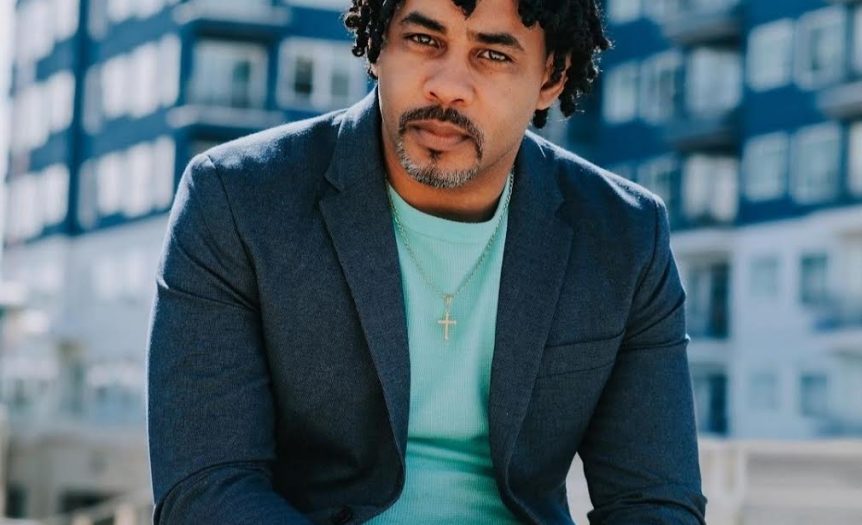 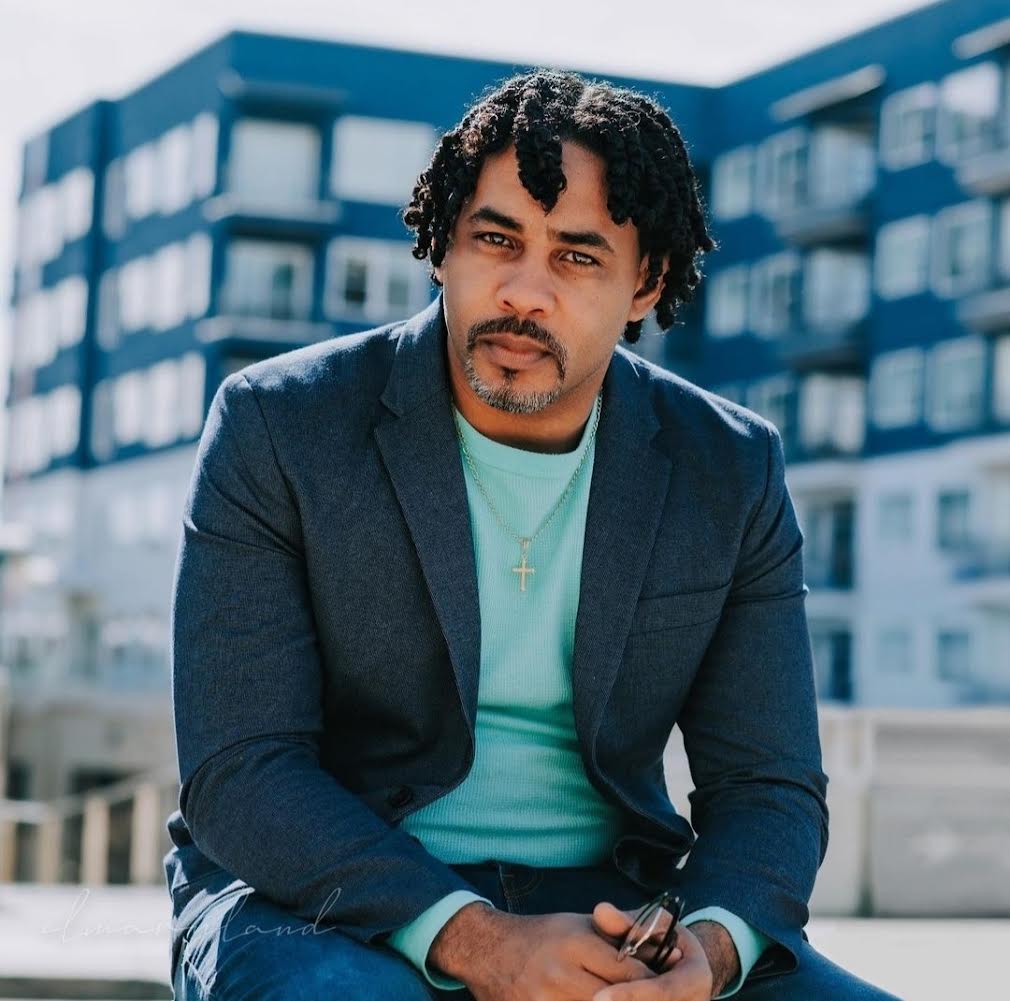 Atlanta, GA (May 2022) – In the late 1980s and early 90s, Domingo Guyton was a teenager running the streets of Boston, constantly finding himself in trouble. He fought frequently, was expelled from school, robbed at gunpoint, and even stabbed four times. To make matters even worse, he found himself facing possible jail time on an alleged gun charge.

However, despite being an angry and rebellious young man, he was also a gifted musical talent, who played the drums and was inspired by rap legends like KRS One, Ice Cube, A Tribe Called Quest and others.  He had a much larger purpose; but his failure to realize it nearly cost him, big time.

“A lot of crazy things were going on in the streets in the 80s and early 90s,” said Guyton, 46. “My mom and grandma did everything they could to keep me in the house, but I loved being outside and feeling the pulse of the street. They bought me a drum set, a Nintendo Gameboy, a little pocket TV, and all sorts of other things to keep me inside. The older I got, the more I wanted to be outside with my boys. That got me in a lot of trouble.”

Guyton contended with most of the ailments that plague inner city black and Latino youth – poverty, violence, a single mother on welfare, and the absence of a father in the home. However, while he often disregarded it, his family had a strong foundation in the community and in the church. He had people willing to help him. Still, it would take numerous setbacks, and interventions from family members, classmates and outsiders for him to get the picture.

By age 17, Guyton sought to escape his neighborhood after being threatened multiple times by gang members. Surprisingly, he enrolled in Worcester State College. There, he met friends who were also interested in music. They went on to produce songs, participate in competitions, and release a rap album in 1999. Guyton went by the moniker, “Mingo.”

Explicit music, partying and women were a common occurrence, but things gradually started to change. Guyton graduated from Worcester State, and the music from him and his team began to result in local and national recognition. However, even with the music taking off, something more significant was taking shape.

“I was hired by the YMCA as a teen and skate park director in Worcester, Massachusetts. I oversaw teen clubs, basketball leagues and learned a lot about balancing budgets and hiring staff,” he recalled. “I was able to incorporate some of my own talents and skills into the programs. “Two young women that worked with me were always ministering to me, along with other brothers.”

Despite his initial resistance and inner battles, the death of his grandmother and the desire to be a better person kept tugging at Guyton. He vowed to produce music without profanity, attend church, and become more active in the community.

Fast forward to today, and Guyton is a married father with children in the Atlanta area. He has a Master’s Degree, is an award-winning film producer who has claimed ten film festival awards, boasts appearances on HLN, BET, CBS News, The Source Magazine and many other media platforms.  He has numerous albums to his name, and also toured for six years as a drummer with two-time Grammy Award Winning R&B/Soul and Funk band, Tavares.

The streets, guns, drugs and clubs transitioned into school, church and utilizing his talent in Hip Hop to deliver a positive message that shared his love of God.  He found his purpose.

“When I made the transition, I was finally able to become educated about myself,” Guyton said. “As that started to happen, I began to use my music for good and to share how I got to know Jesus Christ as my personal Lord and Savior.”

Guyton has no qualms about admitting it truly took a village to raise him, even into his adulthood.

“Having a village was everything for me, because there is no way in the world I would have made it out,” he said. “And I’ve recognized that it’s important not just to have the village, but to acknowledge that village when we start to be successful. I didn’t do it all by myself. That is why I thank those missionary mothers at the church. I thank the brothers who helped me. They put a solid backbone in me.”

Currently, Guyton continues to make music, travels to speak at conferences and schools and is working on a new film titled Yesterday Today Forever.  He wants to use every channel he has available to make a difference in the lives of those around him.

“Whatever God wants me to do, that’s what I will do.”

For more information on Domingo Guyton and to stay updated on his work, visit domingoguyton.com or follow him on Instagram and YouTube at @domingoguyton. Also, check out his ‘Thank You’ video to those who supported his journey, here: https://www.youtube.com/watch?v=MPOiiI9QcSA. To schedule an interview, contact Ivan Thomas of Intrigue Media Group at ivan@intriguemediagroup.com or 202.904.4790.

I am a music and film producer with almost 30 years of experience. I am a family man and a man of God.

Domingo: My dream is to finish this feature film I am working on, called Yesterday Today Forever. It will help others because it will show how the arts can be used as a tool of change. It will have the ability to educate and spread the good news through film and music.

Domingo: I would say my family, friends, loved ones, and people I grew up with. This has been a lifelong journey. Everything I have learned in life has brought me to this point. All of the jobs and people I worked with, the lectures I have done, the stuff in churches. Everything I have experienced in my 46 years of living has come together and has served an important role in helping me to produce this film. Now I have the opportunity to see it come to fruition.

Domingo: The vision came in 2007. We produced a short film just to let people see the idea in 2012. I began rewriting the new screenplay in 2014, and finished in 2021. That was 7 years of just editing the screenplay. There have been a lot of challenges. Many people have jumped on and off the ship. We left Boston and came to Atlanta in 2014. We moved here specifically for this film. There have been extreme ups and downs but I have learned so much.

Domingo: To be honest, my grandma used to tell me when I was younger…”boy if you want anything done, do it yourself.” I used to hear that and I feel God has called me to do this film. That has been my drive to not give up. I have wanted to quit twice during this 15-year journey – in the last 10 years.  I would say, we already did the short film, I’m good… but nope, I have been encouraged by numerous people and supporters to keep going. People have been in my corner and that is why I keep pushing.

Domingo: Dream big, but make sure you rest big. Allow your body to rest. One thing about us as creators, is we have so many creative things that we can come up with, and we will exhaust everything. Sometimes you truly have to take a Sabbath. Learn how to stop, reflect, and celebrate. 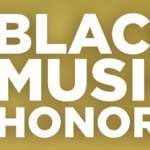 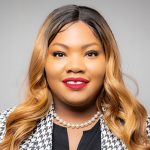