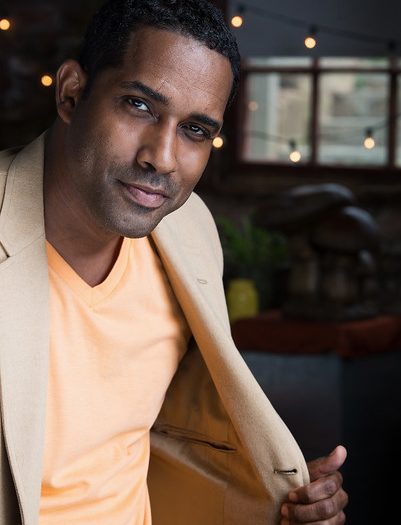 Every success story starts with a dream. Ross Fleming of Atlanta, Georgia is a multi-talented Actor, Performer and Event Producer. He is capturing his own particular essence, and he obviously possesses an outstanding gift. He starred in a leading role in the love “Eblouissante” Movie, “Boy Bye.” Fleming is quite clearly on the way to greatness. Fleming launched Springfest, in (2003), which is attracting major attention.

His On-Screen Film is beaming with the rays of greatness. Fleming, is worthy of attention because of his Dynamism, and his sublime purpose which appears to be a custom tailor-made for the artistic landscape. In his pursuit, he obviously aspires to be a dreamer; a dreamer of inspiration, and a dreamer who is reaching for the stars.

His core is down-to-earth. Fleming raw reality is that anything is possible in this life. His powerful and unparalleled presence as a debonair, good looking and charismatic guy is touching the sphere of the entertainment world. I was inspired, to name him, “The Stately Dreamer.” A Hearty Congratulations, to this emerging superstar who is poised to dazzle and inspire audiences for generations to come! 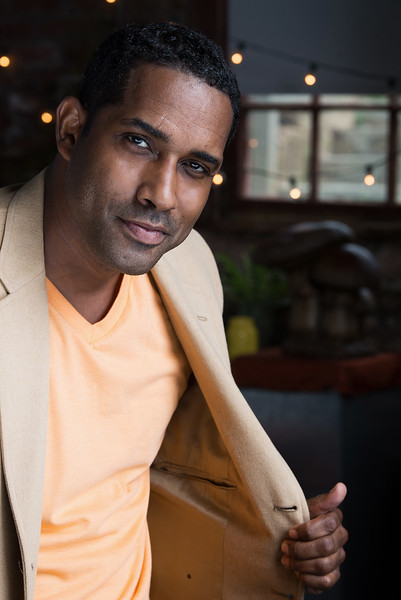 TCM: Ross, As A Classic Renaissance Man Would You Give Us A Brief Synopsis Of Yourself?

RF:”I am a Determine person. I am a person of Principles and Foundation. I was born and raised in Atlanta, Georgia. I was raised in the shadow of greatness, of great people like (Maynard Jackson, Shirley Franklin & Andrew Young). As a young person, I was inspired and influence by them. From a early age, I was able to see the world; as a place that I can influence and that I can make a difference. As a man, I am very traditional. I am a man who believes in gender roles, and family, strength, and as a man that is setting an example for the community. Hopefully, that is what I am working on for the world. As a Renaissance, I am an actor, videographer, video editor and a graphic designer. So, in the creative space I am extremely bountiful and creative. I am a person that is constantly looking to draw inspiration from people and the universe!”

TCM: What Inspired You To Take This Amazing Journey Of Self Discovery, And Artistic Creation Leading To Your Stellar Career; Including Your New Exciting Release Of The Movie “Boy Bye?”

RF:”I have a daughter! When my daughter was born. In order for my daughter to realize her greatness, and her legacy. Then I would have to do something equally as great. To propel myself, to another level. So, that was the seed that inspired everything. To be honest, I never thought about being an actor. I honestly just want to do something substantial, something memorable, and something that was going to make an impact. To create an excitement, and God gave me “the acting.” Literally, I woke up one day, I wanted to audition for something. I say this with reverence and respect, I say this as a person that went to school for performing arts. It is not like I just came from nothing. I don’t want to ever disrespect the occupation, or disrespect the amount of work that a lot of people put into this. Or the amount of work that I put into this, Right? But, I just literally woke up one day, like yeah I think that I want to act. And I audition for a play, the name of it is “Damaged Goods.” And in my Audacity, because I have plenty of that. The name of my non-profit organization, “The Audacity Foundation.” Within my audacity I literally went out for the lead of the play. So, my first audition was the lead role. I literally went out for the lead role, and I got it, the lead role in the play. And I have been acting ever since!

It is a Faith issue, and so often as humans, and as people we allow fear to take over. And in many cases, out weigh our faith. One of my favorite things that I always, tell people that faith and fear, can’t exist in the same space. So, into that Leap of Faith, that step in the darkness which you realize in God’s Divinity and Greatness, He already knew that acting was like breathing to me. I was born to do this. Without the faith, I would not have known, but God was there. He is there to catch you. It is your job, to be daring, faithful, to take a chance, and to be obedient. In order to find, your destiny. He is everywhere, and that He has time, and has a schedule. He has His hands on you. You cannot be afraid to trust Him, and what he has for you.”

TCM: What Do You Find Exhilarating About Your Participation In “Springfest,” And Would You Please Tell Us More About This Extraordinary Event?

RF:” I created Springfest, but now I no longer work with Springfest. There is another promoter, Alex Gidewon based out of Atlanta, Georgia, with AG Entertainment. He is one of the largest promoters in the country. He does what I use to do. Alex Gidewon took over after I left. So, I ended up living in Jamaica for almost ten years. So, my daughter lives in Jamaica now. She is in school in Jamaica.”

TCM: I Am Inspired To Name You, “The Stately Dreamer” Because Many Of Us Appreciate The Magnificent Capacity That You Possess To Bring Dreams To Life, In An Endless Array Of Creative Endeavors.What Does Being A “Stately Dreamer” Mean To You?

RF:”When I hear the word, “Stately” I think of an “Aristocrat.” I think of someone of purpose, that is polished and of accomplishment. I think of someone of great posture (chest out) and with confidence. Some one who has a plan and purpose. It is beyond the dream, the dream is going to be successful because of the “Stateliness” of it. Because of the organization, meticulous and the thought behind it. That is what I think when I hear “Stately Dreamer!”

TCM: What Would You Like, The Global Scope Of Your Lasting Legacy To Be?

RF:”My Dreams are so Large. My life is already a globally one. I have a daughter that lives in another country. My life is already one that is beyond just the United States. I already have a vision from hosting telethons, building hospitals, and dedicating parks. I have a great plan, but ultimately, what I want that I was known as a Game Changer and a World Changer. And that I took upon myself, the responsibility of spreading God’s word, philosophy, pride and principles. That I left behind, hopefully a plethora, an organization, and of millions of people that are changed, influenced, and bettered by my being born.” 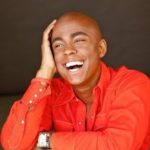 Previous Story
The Truth Shall Make You Rich: The New Road Map to Radical Prosperity An Interview With Dr. Farrah Gray
→ 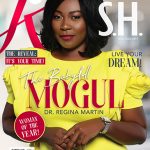