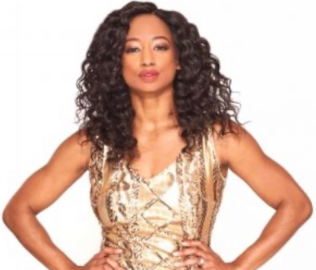 Introduction: Monique is an actor, producer, activist and host. She starred in the very popular High School Musical franchise and became well known for role as Taylor Mckessie. Throughout her career she has starred in a number of films, The Reading Room, The Ditch Diggers Daughter, Naomi and Ely’s No Kiss List, and Witness Protection. She has also made guest appearances on several television shows such as Bones, Stitchers, Here We Go Again, Dancing with The Stars, and Guidance.

Her most recent work include Lifetime’s I Am Somebody’s Child: The Regina Louise Story and Steppin’ Back to Love for TV One, in addition to the indie films Phobias, The F Happened and Graceland.

Aside from acting she is dedicated to helping the youth and became the first ever United Nations Youth Champion and worked with the foundation’s “Girl Up Campaign”. She is also a Good Starts Young Ambassador for Allstate.

Monique is now the executive producer and host of her own talk show Gimmie Mofocused on challenges that the youth face, under her production company Motivated Productions. Her work on the show earned 2019 Daytime Emmy nomination for the Outstanding Host for Lifestyle, Children’s or Special Class Programs category.

Milan (Interviewer): Okay so I’m going to get started now. So, my first question for you today is can you discuss how you’ve prepared for this role and have you ever played this type of character before?

Monique: This is the first time that I’ve played a character quite like April Barrington and my preparation really was. a lot of the preparation had to do with the dancing because it was a different dance style than I’ve ever done before so watching videos of Chicago stepping and really kind of getting into that vibe other than that there wasn’t like a ton of time that I had to really prepare for the role, and for me acting is really just about telling your truth, and sharing someone’s story so it wasn’t really that complicated I guess

Milan: And what drew you to this project and what was a highlight for you during the making of the film?

Monique: I think that what drew me to it was the opportunity to really show black love in 2020 and to get to go through a relationship that was kind of dealing with financial struggles and emotional struggles and really show the power of love and resilience and how when you work hard at your relationship that you can really make it work and I think that’s what drew me to it.

Milan: And can you share your experience working with the film’s stars, creative team, director, and Tv one on this project?

Milan: So, my last question for you today is are there any other projects that you’re currently working on?

Monique: I actually just got back from Tennessee doing a short film called La Petite Mort that we are submitting to the Memphis Indie Film Festival I also have several independent film projects that will be rolling out throughout the year

Milan: I’m very excited to hear that and on behave of K.I.SH Magazine and our editor and chief Dr. Kishma George we thank you so much and appreciate you Monique for taking the time out to interview with us today

Monique: Your so welcome

Milan: Thank you have a great day!

Monique: Alright you too 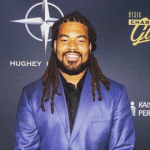