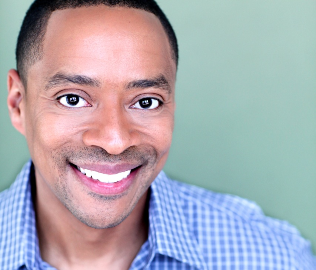 Once voted America’s Sexiest Twins by Jenny Jones, and former Tommy Hilfiger and Gene Meyer model, Jason Turner will be starring in TV One’s very own Dear Santa, I Need A Date.

Originally from Americus, Georgia, Turner showed his progressive interest in theatre, and pursued a Master of Fine Arts in Acting from the University of Southern California School of Dramatic Arts.

The multitalented Jason Turner shares with K.I.S.H. Magazine his journey and experience while filming Dear Santa, I Need A Date.

AM: Discuss your preparations for this role? Have you ever played this type of character before?

JT: This role did not require a lot of preparation on my part because it was really close to who I am, and my essence as a person and as an actor. Sometimes you’ll get a lot of roles where you’ll have to do a lot of in-depth research and soul searching just to get involved when playing a character. However, with this role, it was very close to who I am, and my normal walk of life. I was really excited when I got the role of Johnathan…Sometimes when you read a script, it often speaks to you. When that happens, it’s rare and kind of golden. My preparation was making sure that I was going to be present and listening when I was in a scene with the other actors; because the essence of Johnathan is the essence of Jason. The casting director George Pierre knows who I am as a person and as an actor, so it was a good job on casting… I haven’t had the opportunity to play a character like this. Often times I’m cast for more of a dramatic character which is how people tend to see me as an actor. George Pierre knows me well as a person and an actor and was able to see this side of me with our constant interaction. He gave me this opportunity and it was so exciting, refreshing, and free.

AM: What drew you to this project and what was a highlight for you during the making of this
film?

JT: When I was presented with the opportunity, I got the information about the script from my agent. This wasn’t the only part that I read; I think I read for two other parts in the movie. When I got my audition, I was like oh wow. It’s a Christmas movie, and everybody could relate to this. This was one of those projects you really hope you get to do. If I could get to do that, it’ll be great. When I saw who was involved like Terri Vaughn, veteran comedic actress Anne-Marie Johnson; it makes you want to be a part of it because you know it’s going to be a fun project and people are really going to gravitate towards. The highlight for me was during filming we were working between scenes and Terri Vaughn walked up and we had a little dialogue going, and I say I am Johnathan and she said yes you are. That let me know the direction I was going with my portrayal of the character was validated because the director was really receiving what I was trying to portray as the character of Johnathan. That had to be the highlight for me because when you’re acting, you’re wondering if people are getting it or are on the same page when talking about the creative part of it. So, for her to say that to me gave me the greenlight to keep doing what I was doing and was a great moment for me.

AM: Share your experience working with the film’s stars, creative team, director and TV One on
this project?

JT: I had worked with TV One on several of their TV movies, James Keith their producer,creative team and same casting director George Pierre, etc. When you start working with people, you start to get a sense of what they do and how they work which makes it a much more fulfilling experience and you feel like it’s a sense of home because everybody got the same goal, and everybody knows what everybody is doing and what they’re looking and going for. It was really comforting to work with those people again. To work with Anne-Marie and Reagan Gomez-Preston was mind-blowing because I’ve been a fan for years. It was one of those things when you’re standing back and say to yourself, “Wow, I kind of got here.” As an actor, you don’t come up thinking I’m going to meet this person necessarily, so when it happens it’s a great thing. Ray J on camera was like an open mic. I had no idea he was such a comedic actor, but he could just let it go and you’ll find yourself getting caught up in some of the funny things he says. It was a great experience working with him. He’s a very funny guy on camera. It was amazing to work with those veterans, people that everybody knows their work and are fans of theirs, and now here I am. Everybody was great to work with, and it was a great work experience for me as an actor.

AM: What other projects are you working on?

JT: Without saying too much, there’s one project I can say a little bit about. I’m on Legacies on CW, and I actually finished my last day of work on that series yesterday. That episode will premier December 12th and I maybe in episodes down the line. I have another project that I can’t speak on, because it is still fairly new and will come out in 2020.

AM: Where can our audience find you on social media?
JT: Instagram: @Jtusc
Facebook: Jason C. Turner 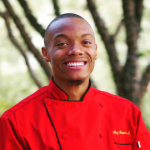 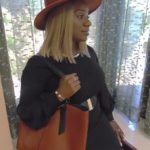 Next Story
The POWER of FAITH by Tenacia Tucker