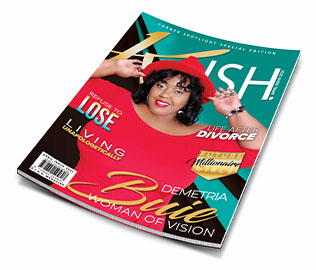 No Going Back!
Why we shouldn’t go backwards.. 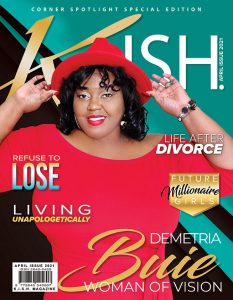 Here are some things I think we should leave behind..

1. Wordly Pursuits
God’s word tells us that once we are in Christ, we are a “new creation.” We are new in Him. Jesus says to follow Him, we should deny ourselves. When we accept Christ, we become a servant to Him. Worldly pursuits should be behind us and we should have a focused goal of following Christ.

2. Regret & Condemnation.
We’ve all made mistakes in life, whether you were a drug addict or a goody two-shoes. We all have regrets, past sins, failures, etc. I fail as a wife. I fail as a mother. I fail as a friend, daughter, and child of God. Every.single.day, I fall short of who God has called me to be and who my family needs me to be.

Yes, I need to learn from my mistakes and strive continually to be the woman that God created me to be. But, I cannot live in a place of self-condemnation. God inspires us with conviction. Satan disables us with condemnation. Regret wastes too much energy. Instead, past mistakes should be forgotten, so that we can move on and move forward in Him.

I HOPE YOU ARE LEARNING & ENJOYING THIS😚

3. Grievances and Wrongs against us.
God’s word talks many times about forgiving those who wrong us. There is a great quote, “Holding a grudge is like drinking poison and waiting for the other person to die.” Holding onto a grudge eats away at a person’s peace, and allows bitterness to take root in one’s heart. God requires forgiveness from us, just as he offers forgiveness to us. In addition to that, He realizes the harmful effects of bitterness and holding a grudge. It will hold you back and prevent you from giving yourself fully to Him and His purpose. 🎀

Remember Lot’s Wife… ??
In the midst of discussing the second coming, Jesus says this simple statement in Luke 17:32, “Remember Lot’s wife.” We can find her story in Genesis 19:1-26. I challenge you to read it. There are so many disturbing aspects to this story, but mostly it shows the dangers of holding on to worldly pursuits. Lot was so caught up in the sinful world in which he was leaving that he had to be physically pulled away from the city (Genesis 19:16), even after being told that it would be destroyed. In Lot’s wife, we see the dangers of looking back to such a life.

If there is something in your life that needs to be left behind and forgotten, I pray that God will help you release it so that you can do as Paul, and forget those things that are behind and press toward the goal for the prize of the upward call of God in Christ Jesus!

Lastly: Leave old Relationships behind. People who brought out the worse in you. Lied. Cheated. Abused & misused you….🖤

First and foremost; Demetria Buie is a dedicated, loving mother to her son. Buie, despite being an accomplished entrepreneur, holds her title as ‘mother’ most dear to her heart. As a youth, she faced her fair share of challenges. Buie dropped out of junior high school and ultimately left her small town in Louisiana at eighteen years old and moved to Richmond, Virginia. Despite dropping out of school, she never gave up. Buie received her GED at twenty three and then pursued an acting degree at John Tyler Community College. She then obtained employment after college but was left unfulfilled by the work she was doing. As a result, she walked off of her job in 2013 and has yet to look back. She has transformed her life and become a well reputed entrepreneur in her community. Buie is an accomplished author (37 published books), publisher, business owner, Magazine owner, life-story coach, and renowned international speaker. She was recently named 2018 Female Entrepreneur of the Year. Her success stems from her innate mindset of transforming obstacles into opportunities. Buie has worked with Cora Jake’s Coleman as her mentor, been Featured in Kish Magazine, a guest on KNOE News, and was the Keynote Speaker in Toronto Canada for “Turning Dreams Into Reality” Conference. Buie’s road to success was full of difficulties. At one point, she found herself homeless, depressed, and suicidal. It was at this point that Buie learned to reconstruct her pain into passion. She began writing her first book, an autobiography, titled Refuse to Lose in 2009. Her newly found optimism and relentless pursuit of Christ reignited her spirit. Buie found purpose, motivation, and hope for a better future. Realizing that her past did not have to define her future, she knew she was destined for bigger and better things. Buie decided to dedicate her time to helping others and empowering those who have been dealt a rough hand, especially women. Empowering others is how Buie makes a difference in the lives of others. She recently hosted her first “Empowerment Brunch” to inspire women. Her speaking abilities and authentic experiences captivate any audience she speaks before. Buie now laughs in the face of adversity, and works tirelessly to help others achieve the same mindset.

“We cannot change the events that have occurred in our past – in some instances, we may not have had much choice in them, but we do have the power to create our future” I Refuse To Lose–Demetria Buie 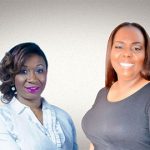 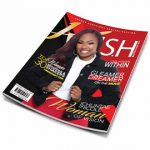