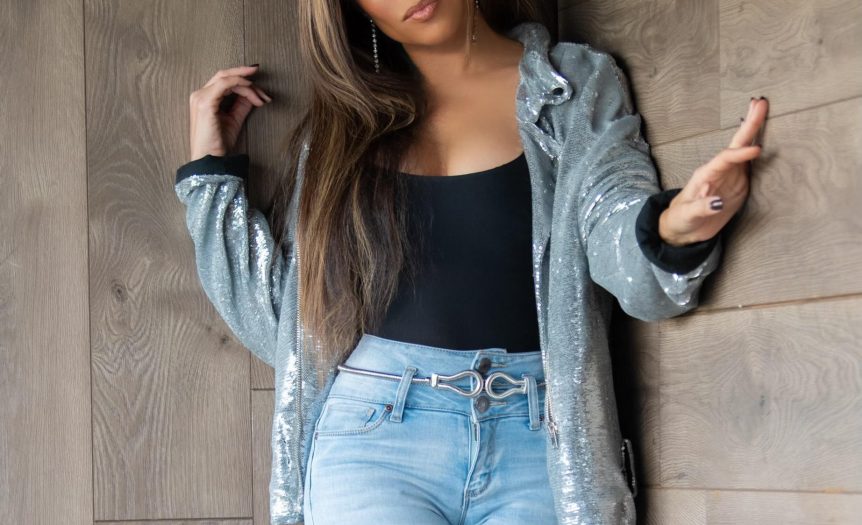 Precious: What inspired you to do this song?

Chante’ : The song is called Right One. It’s about life, I always wrote from where I am. It’s about my journey! I always want to share where I am when I am where I am. It’s authentic, it’s clear and it’s really crystallized in the moment. I think having been through a lot emotionally. You guys have been with me through the emotions when I’ve been on the mountain top and the valleys. Whether that’s with “Chante’s got a man.” Or “I’m proud of myself.” Whatever the case may be , it’s always wonderful to write something that’s authentic and from my soul. This particular song at this time of my life, was really a journey of accepting what is and not feeling like I’ve gone too far. I was at a place in my life, were I thought, God’s Grace couldn’t cover and God’s mercy wasn’t enough. I felt like I had gone too far and that I was out there by myself in the world. I thought that no one cared. I was at a place that I was kind of lost and God really brought me back to a place of life. He showed me that he doesn’t care where I go or what happens I’m with you. I’ve always known these things because sometimes you have to relearn and reiterate the truth to yourself. I had to get to a point where I realized that I know that everything that I do has purpose. I know that even when I fall flat on my face, that has purpose. I had to get it again and God has fo show me a mirror one more time. God had to tell me that all things work together for good and also for the good of those who are watching. He said your testimony is for the world and not just you. He told me that it’s not just my journey and that it was for everybody. I’m not turning into a gospel artist and I’m not going to be preaching it’s just all about my journey. It’s a journey of a woman who loves God, who loves love, who loves giving and is open, honest and not afraid to share her troubles, downfalls, or scars. It’s all okay. It really is okay. Accepting what is and moving forward.

Chante’ : The irony of working with Jovan is that Eric Dawkins is Jovan’s cousin, and I’ve known Eric since Dawkins & Dawkins and he was on commission when she was 19 years old. They had been friends, good-ball, brother sister friends since she was 19. What I love is that we’ve been friends for a long time, and we’ve made music together through the years. They’ve made music on the last couple of projects, but I met Jovan totally separate of him. When I met Jovan, he said, “he wanted to do some music with me” and see what we could create. He told me that he was going to bring his cousin in and the next thing I knew it was Eric. I said what in the word?! So, it was easy, and it flowed well because Eric knows me, and he knows I love the Lord. He knows the relationship that I have with the Lord. He’s seen my heartbreak and all the good stuff. It was beautiful to tell my testimony again. It was beautiful because he knows my voice. He knows how to push me vocally, lyrically, melodically and he knows how to switch the words up for me. We work really well together and the 3 of us had a good time in the studio together. When the song was finished, I burst out in tears because the song is perfectly me. It’s emotional, dramatic in some ways but so sincere and real. The ups and downs of it all It really is my life. Who said too many mistakes? Like who said you can’t change? They must not know anything about God’s Grace! There are times that I dug a hole for myself it wasn’t my enemy. Then Jesus came and took me out. The truth really makes you free, but people don’t really want to go through anything. Go through your life because you can’t get to the other side if you don’t go through your life. We are not in control of anything. I’m learning as I’m going. God has given me bravery and a boldness. I’m not ashamed of who God is in me. He has taken me through the pit and back and even the songs that I have that are not about him are “about him.” The song that I’ve written is a love letter between me and God. God wants me to take where I’ve been and let him do what he wants to do with it.

Precious: What is the reasoning between the release of the last album and this new single? Is there a difference.

Chante’ : The difference is me! The difference is time, growth, pain, menopause *laughs* quarantine was a big deal as well. These things teach us how to maneuver through life. They are the hardest and the best part of our lives because that’s were real life happens. We think that we have it all figured out but we don’t. It really is one day at a time and not knowing what comes next. It’s all about dealing with it as it comes. We can’t have it all figured out. Even if we do, it’s not going to always work out the way that we thought.

Precious: Is there an album in the works?

Chante’: Yes, there is. I have like 30 songs are maybe more. Truly I understand how Tupac can die and put out like 5 albums after that. I understand. I have lots of music and before the second quarter it will be out. The last part of the year isn’t a good time to put music out because of Thanksgiving and Christmas and the New Year. So we have to wait on the end of the first quarter top of the second to introduce new music.

Precious: Words of advice/encouragement for the people during the pandemic to keep going.

Chante’: There are so many cliches that can be said but all means all. All things work together for the good. It works for you. It’s not against you. Even if something negative happens; from a death in the family, to your career not going the way you would like it to, or the love of your life not being there at all you, or you leaving them and then leaving too, a child dying or a pregnancy that you didn’t want. I don’t know what it is. You have to trust in God. If you trust in him. I know I trust in God’ and it’s not my job to make anybody believe in him. But I know what I’m supposed to declare and believe in. It’s about not being defined by your circumstances. I tell myself this all the time. If you choose wisely, you’ll end up somewhere better than before. Instead of saying I hate this, and I hate that. I woke up in a pit of depression regretting everything and so angry. Then I realized that I was angry at me. I’m not angry at o anyone else but myself. I chose everything that happened to me. I said I would be here. I said I’m not going to work here. I said I’m going to be with this or that. Choose wisely. Precious: Where can people find you? Chante’ : Instagram: @IamChanteMoore Facebook: @ChanteMooreFans Twitter: @IamChanteMoore 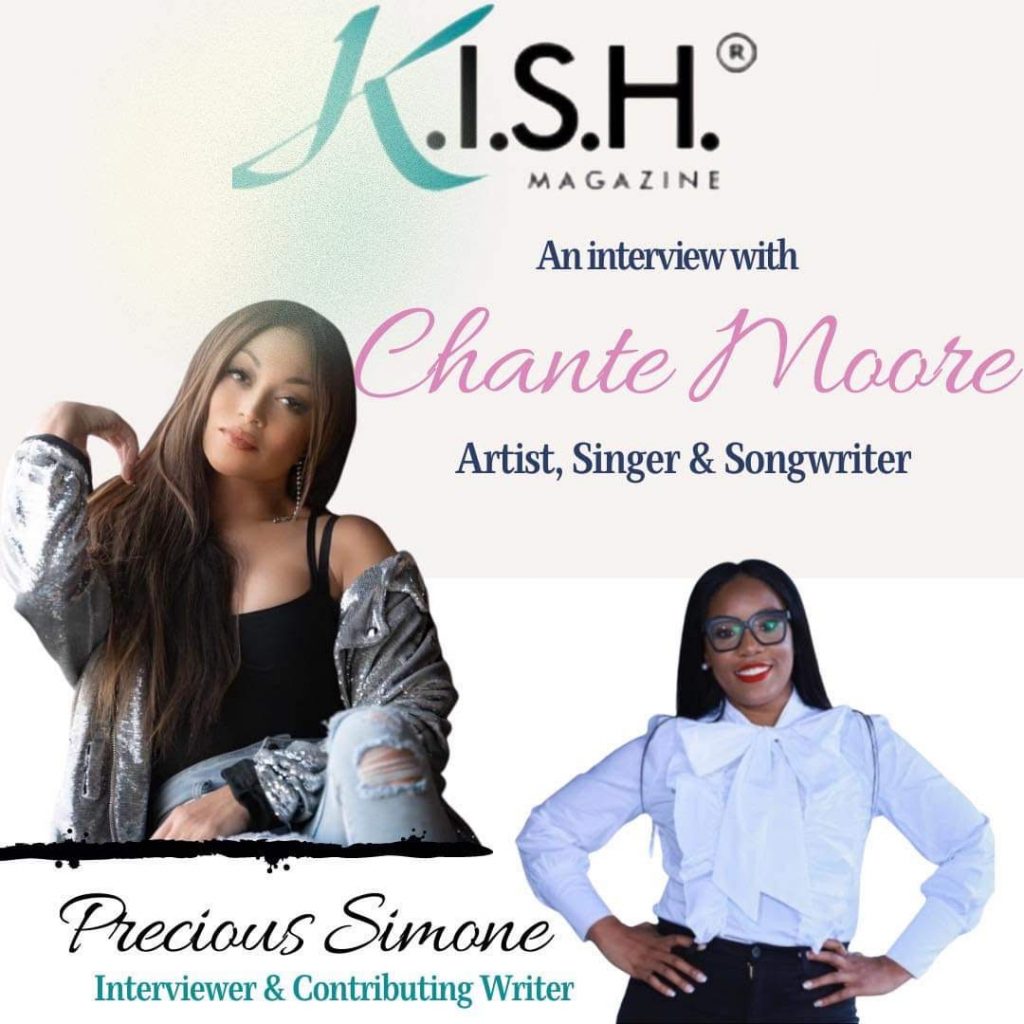 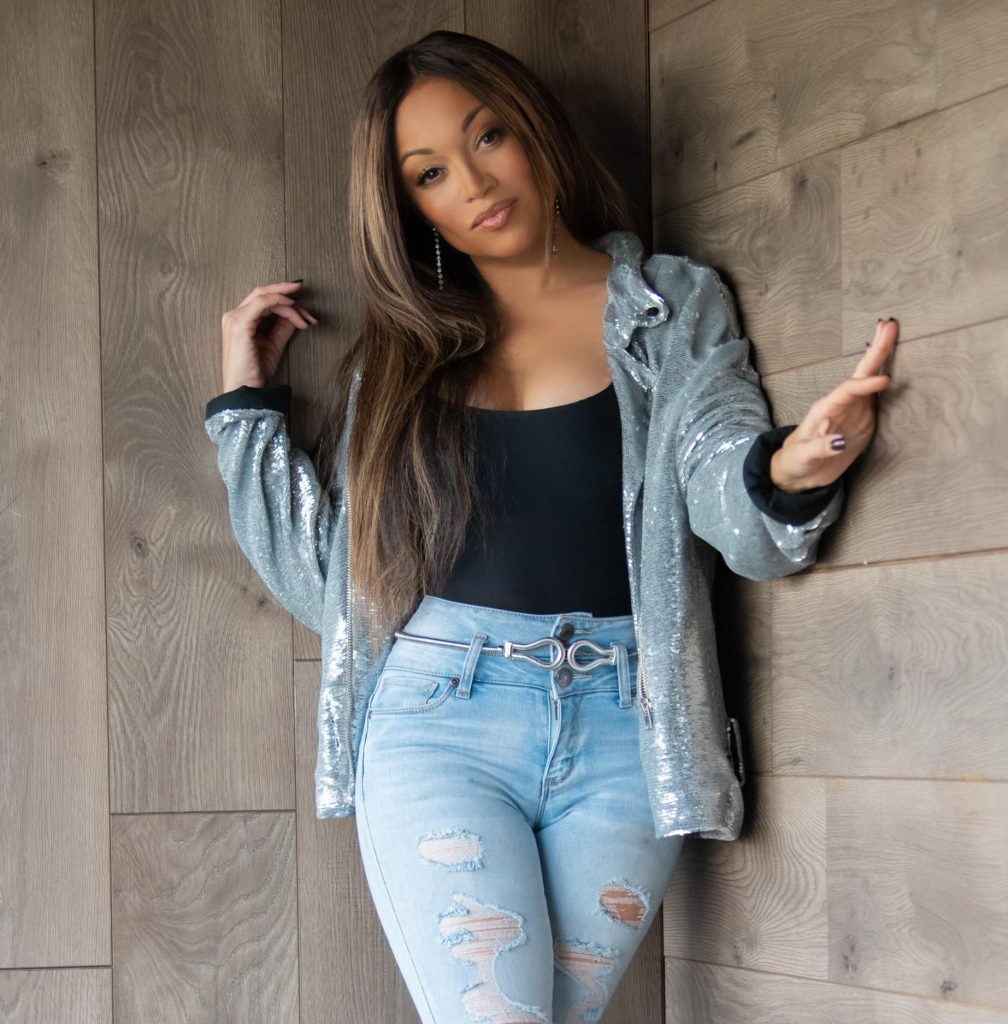 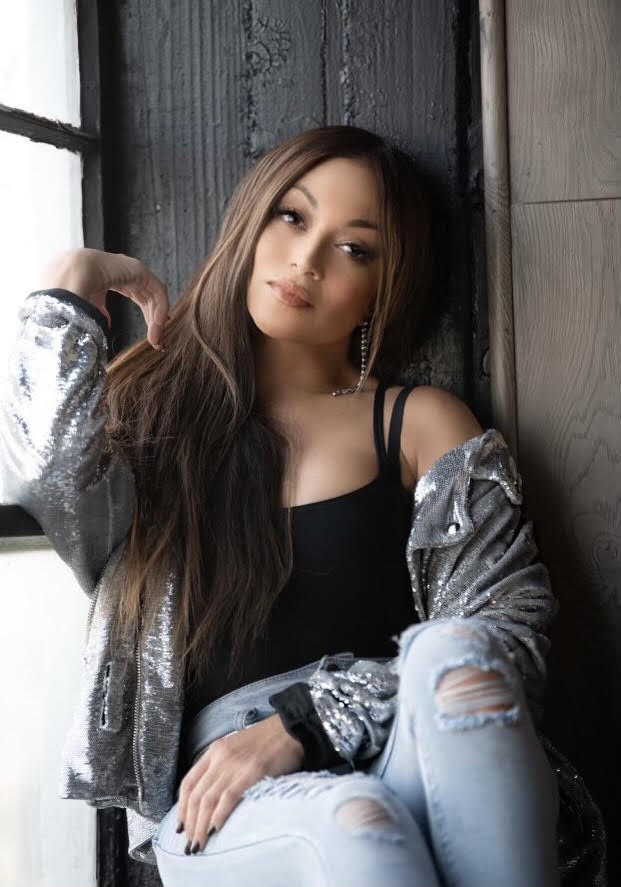 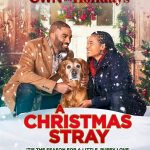