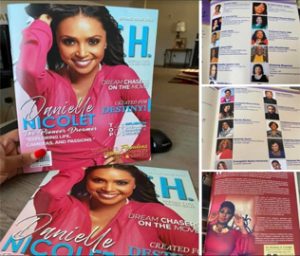 Danielle Nicolet is currently starring on Greg Berlanti’s The Flash on the CW. In addition to TheFlash, Danielle recently wrapped production on the Indie feature Faith Based. Danielle’s past motion pictures include strong supporting roles in the box office hit Central Intelligence alongside of Dwayne “The Rock” Johnson and Kevin Hart. As well as Tyler Perry’s Acrimony starring Taraji Henson to name a few. When Danielle is not working, she is a huge advocate for those suffering with mental illness, as she grew up with a mother with the disease. Danielle is involved in the movement to stop human trafficking, and criminal justice reform. She resides in a beach town near Los Angeles with her husband and her “little pug” Biggie.

Sabrina: Who or what inspired you to be an actress?

Danielle: “Oh Wow (Laughs)! That’s a really complicated, simple question.  I think what inspired me to be an actress, is having had an unconventional childhood. I think I was drawn to acting as my spirit’s way to express itself creatively. It gave me someplace to put all of these sort of strange things that happened in my life.  It let me use my imagination to process them, and make them useful…to make some sense of it all.

Sabrina: What were some of those creative things that you experienced that you put those into characters?

Danielle: “Well, my parents divorced when I was pretty young.  When they split, they took two very divergent roads with their lives. My dad was in the military and was an engineer. He is very catholic, very committed, very straight laced, clear headed… stoic.  My mom is the total opposite. She became like a new age hippie (laughs); we lived in like a new age cult for a few years.  She was easily led by “guru” types that discouraged a traditional lifestyle.  My parents had joint custody of us. When I was with my mom, we lived this really wild new age life where we didn’t take medicine. My mother would make us analyze what we weren’t properly communicating when we had sore throats. Then we would go back to my dad’s house and it was this super straight lace  army dad.  It was, “do your homework, eat your vegetables” (Chuckles)!! I think being an actress kind of it’s been my little brain’s way of marrying the two worlds, because half of an actress’ life requires a lot discipline and smarts… using your brain and dealing with people well. And the other half of your brain has to be able to let go, and be wild, and embrace really crazy situations.

Sabrina: That’s good. I absolutely love that. That’s pretty cool to have had those experiences.

Danielle: I guess that’s what. it is I married the worlds and got my parents back together inside my head (chuckles).

Sabrina: Had you always wanted to be an actress?

Danielle: “I did from the earliest memory when I was a kid, I was a competitive gymnast. It’s just a weird fluke of nature that I happen to be good at it. I was only competing in gymnastics because in my mind I figured If I did really well, I would get discovered and go on to the Olympics and someone would put me in a commercial.

Sabrina: Have you faced any challenges in Hollywood being a black female?

Danielle: “Girl where do I start (laughs)? That’s a whole separate interview (laughs)! Yes, I have experienced a lot of challenges as a black actress.  I started off really young. There were a lot of things I didn’t know. I didn’t know that there’s a whole separate set of baggage that comes along as a black actress in this industry. It’s hard enough to pursue your creative vision in any way in this industry, but when you are young and black, no one says to you, “Oh and by the way. It means that people won’t take you seriously.  It also means that there is a separate set of behaviors expected from you. Also means just because you observe your counter partners that are not black behaving a certain way on set and getting away with it, if you behave that way you will find yourself unemployed. It is a whole set of  unwritten and unspoken rules that we all learn. As an adult now, and as an experienced actress who doesn’t have to face  as many of those challenges, I try and take on the responsibility of protecting younger actors and actresses from that, and shielding them and educate them.

Sabrina: What age did you start acting?

Danielle: “I was 16. I was on my own in Hollywood going to auditions.”

Sabrina:  Tell me a little bit about the new movie coming out in 2020 called Faith Based?

Danielle: “It is so funny, and it is so fun for me. I love being on The Flash; it is such a gift and a blessing. I love the show and my character, I love the people I work with. With that said, the thing that felt like was missing in my life was comedy. Comedy was my game for a long time. Doing this movie felt like it brought me right back home. It’s got so  many comedy greats: David Koechner, Margaret Cho,  Jason Alexander.…and more.  It is 50 percent, scripted 50 percent improvised. A screwball comedy centered around two idiots who decide to have a get rich quick scheme by scamming a church out of money to make a faith-based movie. Their hearts end up in the right place, but the journey there is a riot. 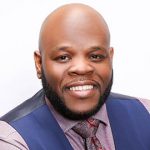