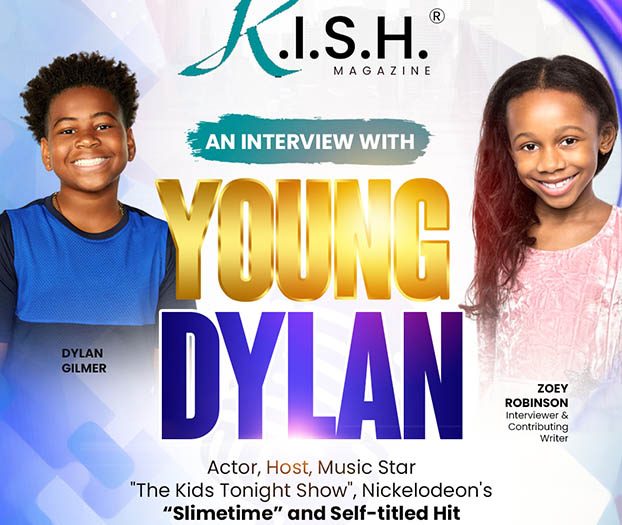 Dominating & Paving the Way for Others
Interviewed By Zoey & Kesha Robinson

Dylan Gilmer, also known as ‘Young Dylan’, who can currently be seen hosting Peacock’s “The Kids Tonight Show.” Co-executive produced by Jimmy Fallon, “The Kids Tonight Show” is a kid-friendly version of his own talk show. In addition, Dylan is also a host for Nickelodeon’s show “NFL Slimetime,” where he joins television host Nate Burleson and kids sports correspondent Dylan Schefter as the end zones become the ‘slime zones’ and they re-watch and comment on NFL highlights like you’ve never seen them before.

Dylan is best known for starring on the self-titled Nickelodeon series “Young Dylan,” where Young Dylan’s grandmother decides to send him to live indefinitely with her affluent son’s family. The Wilson family household is soon turned upside down as lifestyles clash between the aspiring hip hop star and his straight-laced cousins. In addition to acting on the show, Dylan penned the title song and writes other music for the show. Season 3 is set to premiere TBD Summer 2022.

Young Dylan (Dylan Gilmer) got his start four years ago when his parents posted a video of him on Instagram of him rapping Bryson Tiller’s “Don’t.” The video went viral and Ellen DeGeneres invited him to appear on her show. Since then, he has become a regular guest and performer on The Ellen Show. He appeared at the 2017 Billboard Awards, has performed and hosted The cam Newton Gala Foundation alongside Michael Strahan, performed at the 2019 NBA All-Star Celebrity Game, and was a fan favorite on America’s Got Talent. His prior work with Nickelodeon began with an appearance on “Lip Sync Battle” and a couple of appearances on “All That” where he also performed his original rap song “1234.”

Zoey: Who are your biggest supporters behind the scenes?

Kesha: What was the biggest challenge you faced while getting started in the industry?

Zoey: What advice would you offer other young people who want to establish an acting career?

Dylan: “To never give up. And also, nothing is given to you, you have to earn it. So you have to work for it. When I was a little kid watching other actors and rappers do the same that I wanted to do, I wanted to do that and my dream came true. You gotta stay blessed, you always gotta pray and stuff like that and just never give up. And if you want to be an actor, a rapper, an artist, anything, just chase your dreams and also stay in school because you have to get your education.”

Zoey: What do you love most about what you do?

Dylan: “I think sometimes it’s missing school a little (as I said get your education, but sometimes I like to miss school a little) and also getting to go to different places I’ve never been before. Like when I went to Toronto, I was like WOW, like I’m actually out of the United States of America. And Toronto is beautiful. And like just going to places you’ve never been before and also just doing what you love. Like, I wouldn’t be doing this if I wouldn’t be enjoying it. So just all of that put together and like doing scripts, like even though you want to have fun, you still gotta do your job. You’re there to do work, so you gotta do your job there. That’s what you’re getting paid for, that’s what you’re getting flown out to do.”

Kesha: Who are some of your biggest inspirations in the industry?

Dylan: “Tyler Perry, Will Smith, Drake, it’s a bunch of people, I can’t even name all of them. But that might be the three that really inspires me. Like Tyler Perry and talking to Will Smith, like you can tell he’s been doing this for so long and to talk to Drake, he’s doing the same thing you want to do. And all of them, like I’m so glad to be held under them and get advice from them because they’re legends so I love to get advice from them always.”

Zoey: How can people connect with you through social media?

Dylan: “Well, you can connect with me on Instagram and YouTube at officialyoungdylan no spaces and lowercase o.”

Photog is Antwon Maxwell and the stylist is Mary Francis 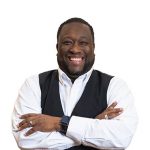