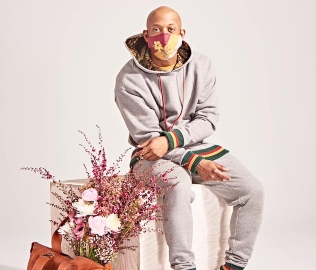 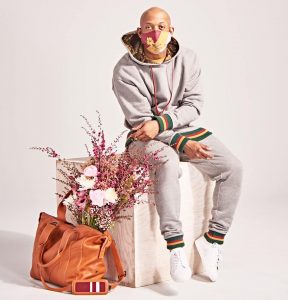 KISH: Tell us about you..

Prep Curry is a fashion designer based in Los Angeles, California. Born and raised in Memphis, TN, Prep stepped out on faith and left home with $6 to live his dreams. Since arriving in Los Angeles, Prep has grown his fashion design brand from making ties and blazers in his apartment, to having his work featured in New York Fashion Week during Harlem’s Fashion Row. Most recently, Prep has made history as the first African American designer to partner with Banana Republic for the release of the Banana Republic x Prep Curry Collection.

Prep: The ultimate dream is to become an internationally known and accomplished fashion designer and inspiration to fashion designers and creators of color. Accomplishing this will show others that despite any obstacle thrown your way, if you remain determined and true to your craft: it will pay off.

Prep was inspired to relocate to Los Angeles to provide for a better opportunity for himself and his family. After being gifted with a sewing machine by his parents in 2008 for a newfound interest, Prep’s parents became his biggest supporters: paying for him to take sewing classes. Prep’s parents were the first to sow seeds into his craft and he used inspiration from his mother as part of his signature floral and bold patterns.

The challenges Prep encountered would have broken most but made him stronger. Upon arriving in Los Angeles, Prep only had $6 to his name. Wanting to make his dream work against any trials and tribulations, Prep worked as a fitness trainer to make additional income until he could establish himself as a fashion designer and make the right connections within the fashion and entertainment industry. Despite these efforts, Prep found himself homeless within 6 months. Whenever he would think he was getting back on his feet, there would be another setback ranging from car thefts to clients not paying after receiving their garments. Prep moved a total of 30 times.

Prep: The people that inspired Prep to keep going regardless of the challenges are those that look to him for inspiration whether if it is a friend, family member, client, or a young child that aspires to be a successful designer one day.

Prep: Dream always and never let anyone tell you that your dreams are too big! 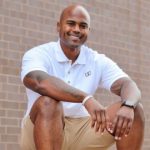 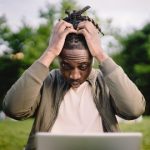