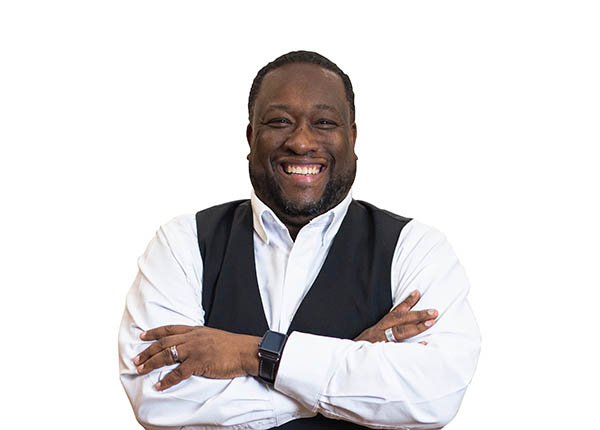 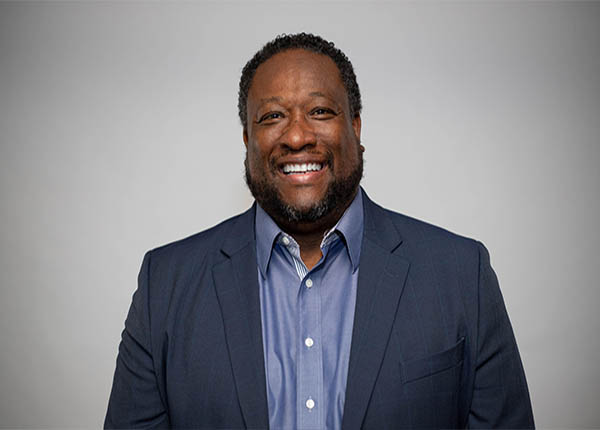 Tony Jackson “The Real Money Coach” Shows You How to Increase, Protect and Dominate Your Money in New Book

Charlotte, NC – Financial expert and author Tony Jackson is on a mission to help thousands of families to build generational wealth. One of the ways he intends to achieve that is through his powerful new book entitled Increase, Protect and Dominate Your Money.

In the book, Jackson, known as “The Real Money Coach,” shares winning strategies with readers, including information about saving, investing, retirement planning and how to implement the proper protections in the event something happens to them. These are topics he and his team address everyday with clients at his company, The Real Money Coach LLC and through his The Real Money Coach University.

A native of Muskegon, Michigan, Jackson vividly remembers growing up in a household where there was very little financial literacy, and finances were never discussed. His father was a factory worker for 38 years and his mother worked in a hospital.

“My first recollection of money was seeing my dad get off work at the factory. When he was paid, he would get a paper check, cash it and then come home and count the money on the table to my mom,” Jackson said. “Then, she would take it and pay the bills. That was it. They didn’t have credit or anything, they just worked and paid everything in cash.”

His parents were very hard-working people who did their best to provide for their family, but in a world where access to credit and financial planning is critical to building any sort of wealth, hard work alone does not stand a chance.

Intent on breaking the cycle, Jackson attended Western Michigan University on an academic scholarship, receiving a degree in Accounting. From there, he went on to secure a job as an accounting supervisor at a leading insurance company. He was a rising star in the field that was navigating his industry at a high rate. However, at age 27, he would experience his biggest financial wakeup call when his mother passed away.

“We were sitting at the funeral home going over the costs and my mom had six life insurance policies. The actual director of the funeral home tells us that none of those policies are going to pay,” said Jackson. “I told my dad that me and my uncle would pay for it and he said you will not pay for your own mother’s funeral. If I have to get a loan against my house I will do it!”

He continued – “That is when I realized there was a great miss-education in our communities as it relates to money. Here I am with my dad and he has to borrow money from the house he built with his own hands to pay for the funeral, while living off of Social Security and worker’s comp.”

Sadly, Jackson recognizes that this reality is not unique to his parents; it is a common theme found in far too Black many households.

According to a 2021 report by Forbes, the median net worth of Black households in the U.S. in 2020 was only about $24,000. That is a far cry from the $188,000 in net worth owned by white households. Numerous studies have been published echoing news that by the year 2053, the average Black family will have zero wealth.

For that, Jackson has four words: “Not on my watch.”

With the effects of a global pandemic still lingering, inflation, the nation’s financial involvement in the Russia-Ukraine war, and the possibilities of a recession, he says everyone should be strategically planning how to make and leverage their money.  He believes it is his responsibility as a financial advisor, which is why he wrote Increase, Protect and Dominate Your Money.

Jackson is also issuing a call for more successful people in the community to pass down their knowledge. For decades there has been a discussion on the wealth gap that exists between rich and poor in this nation, and between different racial and ethnic demographics. However, he is alerting the public to another troubling trend.

“There is a real wealth gap that has developed in our nation, and within various communities where you have the haves and the have nots,” he said.”

“People who read my book will be empowered to save and budget, eliminate debt, have the proper insurance, proper estate planning, and will. If you don’t tell your money where to go, it will go where it wants and you will later ask, where did you go?”

For more information on Tony Jackson and to purchase his book, Increase, Protect and Dominate Your Money, visit www.tonyjackson.biz and  www.therealmoneycoach.com.

I was born in Muskegon, Michigan. After high school, I attended Western Michigan University on an academic scholarship. I majored in accounting and always had an attraction to numbers. After college, I worked as an Accounting Supervisor for a major insurance company. However, it was the passing of my mother in 1995 that shed light on the disproportionate knowledge everyday people had about life insurance and retirement. Then, when my father died fifteen years later, underinsured, is when I discovered how to marry my love for numbers and helping people. It birthed my 24-year career as a financial expert. For me, this is not work; it’s my purpose

Tony: I am committed to improving the accessibility of financial education in minority communities. I wrote my first book, Increase, Protect, and Dominate Your Money™, as a practical guide for money management and wealth planning. So for me it’s all about serving my community and clients. I have been told that I have unique, God given ability to take complex financial concepts and transfer them into simple, easy to understand strategies. That’s what I have been doing for almost 25 years. That’s what the book is all about. In the book, I share real life stories to help readers understand the financial strategies that I provide in the book. I want to help thousands upon thousands of people all around the globe create and maintain generational wealth.

Tony: If I had to narrow it down to a person or single event that inspired me, it would be my parents. My mother and father were hard working people. They were great providers with who accomplished the American dream of home ownership, retirement, and so forth. When my mom passed and later my dad, I realized that we can follow the whole script as we know it but sometimes it’s what we don’t know that hurts us. This along with my own struggles fuel my passion to be a financial educator.

Tony: Like many people, I have had many challenges over the years. Some of those challenges have been a result of external circumstances, and some have been self-inflicted wounds. Many of the self-inflicted challenges can be traced back to either a lack of disciple or lack of knowledge. When it comes to external challenges, consider things like racial and gender wealth gaps, stock market volatility, and the impact of taxes. So, in my profession, you must deal with all of those factors personally, while still serving our clients. Unfortunately, many people in minority communities have a historic distrust of banks, financial advisors, and insurance agents, and for good reasons. So, I have to continue to be on top of my game. I am constantly learning so that I can pass that knowledge on to the people I work with. Staying consistent is the real key to overcoming challenges and getting a breakthrough.

Tony: There are multiple answers to that question. First, I do believe that this is my calling from God. Secondly, my love for my family and wanting to set an example for them. Lastly, I am fortunate to have many great mentors and examples to follow. People like Dr. George Fraser, and Dr. Michael Roberts among others. I look at individuals like them and how they continue to strive for excellence and making an impact in our community despite the obstacles and circumstances that they have endured throughout their lifetimes. These two gentlemen are well into their golden years and they are still pushing. That is inspiring to me.

Tony: A dream delayed is not a dream denied! 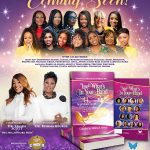 Previous Story
USE WHAT’S IN YOUR HANDS
→ 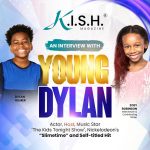