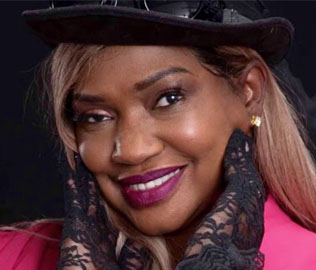 L . Fowler also known as ( J . Fabulous ) is an actor, film producer, writer, speaker, judge & host based in Georgia. Her most recent project; ” Blind Trust” Short film on “Best Cast Ensemble” and Best Crime Short” achievement award in the (2019) Los Angeles Film Festival. Giving away $10 K in cash and prizes; she recently held a position as a judge for the Peddlers Idol singing competition. As a retired flight attendant, J. Fabulous made her debut as an extra in Back to The Future(3) with Michael J. Fox and Lead Dancer in The Lemon Lime Dream Soft Drink Commercial in Japan. Her vibrant personality and jazzy yet classy sense of style; some may know her as the radio personality ( Chaklate on the live show Chakalate Talk.) J . Fabulous wrote and produced the movie Blind Trust ( 2019). Associate Producer of the movie Turnt (2018) and Sebastian (2018), Assistance Producer of Mary Anne & Truth Be told. You can catch J. Fabulous on OWN Networks Love Thy Neighbor & If Loving You is Wrong. HBO’s Ballers, Brother’s in Atlanta, Confirmation and much more Networks like CW, CBS, WE & USA.

Albrean: How did you get into acting? Is acting something you always wanted to do?

J Fabulous: When I first got into acting, I was living in Japan, I had been living in there for about four years or so. With the military base, they have you doing so many things. So, I signed up to do roles, to go on tours and things like that. So, my first role was an extra for Michael J. Fox. I just signed up, got with the group, went on the bus to Tokyo and there I was, getting off the bus and was on that scene. While I’m over there at the Michael J. Fox studio, somebody pulled me from another studio and said, “Hey can you dance for me really quick?” I said, “Well sure give me the music.” So, I did the audition right on the spot. You know that happens. Right on the spot, he said, “I want you.” I’m following these guys to another set; I don’t know what I gotten myself into. Got in there, and there it was. I could not forget the music. It was MC Hammers, Can’t Touch Me, that’s what they did it on. We were doing those moves, the other girls were doing their dance and everything. I was excited. I was more limber than I am now, but I can still dance don’t tell nobody! *Laughs* That’s what happened, I ended up on two sets doing two roles, on the same day.

J. Fabulous: Yup and from there, I kept acting in my mind, but when I came back to the states I continued flying and I just retired in 2008. After that I continued writing and doing different roles here in Atlanta. I said, you know what? My mind is so good, I am going to write. I have plenty of things I write now. I’m writing on a play, two more movies and a sitcom which is a scripted sitcom. A lot of people know with writers, you go from one thing to another and back and forth because you get kind of tired with one because your mind has gone completely blank and you have to go to something else. I take my time with it. Also, my movie Short Blind Trust has been selected for screening with the Orlando Film Festival in May.

Albrean: Awesome! Congratulations, I am very happy for you!

J. Fabulous: Thank you, I’m excited! God blesses you every day, but He just over blessed me when He did that. I was like wow! I wrote it and I produced it; I did all of it! So, yeah, a woman can do it. A woman can do anything she wants. Once you click into your power, and you have the empowerment, you say I’m going to do it, this is what it’s going to be, and this is how it’s going to be! Now this is when we are going to do it, let’s get going! I just got that feeling months ago, probably a year ago. I said I can’t let nobody hold me back. We not going to work with nobody, giving them, all my tricks and I did it. I am still doing it! I am working with other people here, producers and everybody! I just have just gone network crazy but it’s only a few that you can work with and call family while you’re working. That is what you have to realize, who you can really work with and build that click and you think alike and everything. Soon as I am finished here, I am going to go work with some more guys on another set and help them finish up their last show. That’s what I do, I help, and we help each other. That’s what you have to do. You can’t do anything on your own. You have to have someone you can work with and depend on.

Albrean: Awesome! So, how are you preparing for your movie screening at the Orlando Film Festival as well as managing your time doing other things that you are working on?

J. Fabulous: Well, the film has gone through so many festivals. Right now, this film alone has over nine or ten laurels which is perfect, on top. That’s what they want to see. When your movie gets a laurel, they know your movie is worth looking at. I have four movie trophies on this movie at the same time, this is what I have won within a year. I had this movie out less than a year in film festivals and I let it ride, I didn’t do anything. I just kept putting it in festivals and this is what it has come to. I’m here being screened for an award. At the same time, I am getting the cast together to do a panel discussion. So, I have already alerted the cast to be ahead, let them make their reservations and everything. They’re hype and ready to go. We are going to be there together. My lead actress Shaquita Smith, she does a lot of roles. She’s really good. I can go to sleep watching her faces in it and it looks so real. I love her. She’s a great actress.

Albrean: Awesome! I am sure you guys will have a wonderful time and it will be great! So, besides acting, you are also a producer and writer? How did you discover your gift to write and produce movies?

J. Fabulous: I discovered I can write because I always have things on my mind. Also, I see things happen right in front of me that can be added into a movie. So that’s how I come up with my different titles to write about. I sit there and it may take me two weeks or so, just to put notes together while I’m watching and doing all of my experiments, gathering information and everything. There is paper everywhere, I have notes on everything. Then, I come to the computer or take my laptop, depending on where I am. Then I start putting it into form. It’ll take me a month sometimes to come up with all of the notes. That’s why I say you can’t rush the process of putting a movie together. If you rush it, it could come out to be the worst thing you have ever done. Also, you have to have the right people for roles. You have to have the right personality, the right face that fit that role, which can carry the role out at the same time. Again, you have to have the right person shooting behind the camera because sometimes you don’t get all the shots that you need. You have to get A and B. You have to get shots from every angle to make it perfect. You have to be a perfect editor at the same time; I know plenty of those so that’s no problem. A director can have it all day long. I like to write, produce it and make sure everything is right. Other than that, I don’t fight over that director stuff, they can have it.

Albrean: In your opinion what makes a good movie? What qualities should a movie have to be considered enjoyable?

J. Fabulous: It has to be entertaining to hold someone’s attention for the whole time that it is playing. You have to have the right actors. Your theme has to go with everything, every role, every scene, every purpose of that scene has to have a great scene area including the number of people, everything! Everything has to mesh like a picture. It’s like decoration, like putting a room together. Every room in my home has its own meaning; if you step inside that room there’s a story to be told. Everything has to be put together for a reason, it has to match. It has to go together, if it doesn’t, I am going to pull it out.

Albrean: What would you say is the biggest challenge in your career?

J. Fabulous: In filming, there has not been no real big challenge, I handle it like I should with no problem because my mind stays on it. My biggest challenge was with flying, I used to love to fly, but when we started almost going down and storms and tornados were coming at us and the plane would lose its GPS and we started going down, that makes you think twice about life. I used to be scared to fly, but I got out of it when I got out of school and started flying. But that was the most challenging part of my earlier career. Just thinking what would happen when that plane was about to go down before the pilot regained control of the plane. I’m blessed to be here, God has me here for a reason, there’s a lot more he wants me to do and that is what I am doing.

Albrean: Great! I believe you will accomplish everything you were called to do! Thank you for sharing that with us! How can our readers connect with you on Social Media? 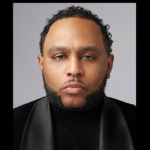 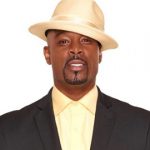