Khatib Ali, Author of ‘Cows Vs. Rhinos’ Shares How Sales, World Travel and Discovering his “Why” Made Him a Millionaire 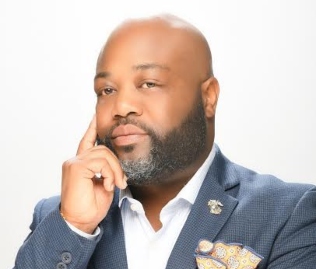 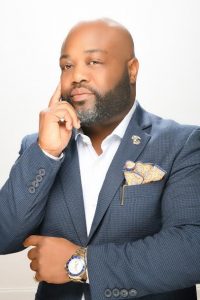 Atlanta, GA (May 2021) – “If you can picture it, you can manifest it.” These are the words that multi-millionaire entrepreneur, author and speaker Khatib Ali says to anyone aspiring to success. According to him, it all starts with vision.  However, most importantly, it must continue through the consistent application of principles described in his book, ‘Cows Vs. Rhinos.’

Cows Vs. Rhinos illustrates the distinction between those who follow the herd and settle for what is given to them (cows), and those who set a goal, charge towards it and refuse to stop until it is obtained (rhinos). It effectively covers success, entrepreneurship and the automotive industry, where Ali once flourished as a top sales performer for Mercedes Benz of Buckhead in Atlanta. Now, as the CEO of his company AST Global, he speaks and trains professionals on how to achieve massive success in sales. He has helped over 500 people to create six figure incomes. 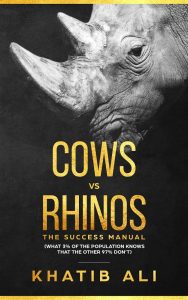 “I wrote this book to encourage people to believe, have faith and to focus on one thing with consistency,” he said. “You have to be fearless. Fear and worry is what makes people unsuccessful.”

Ali has traveled the world, from Africa and Europe to South America and East Asia. Born to a Christian mother and Muslim father, he practices aspects of both faiths and speaks Arabic. He has worked as the Director of Training and Development for Warren Buffet’s Berkshire Hathaway Automotive Group, and made a killing in the MLM industry. He has shared the stage as a speaker with legendary author and philosopher Bob Proctor. His global perspective is what helped him to achieve financial freedom, but the real reason behind his growth was the adversity that helped him find his purpose.

“I was a military brat,” said Ali, who was born in Georgia on Fort Benning Army Base. “We moved all over the place. I went to four different high schools as a teenager, so I never felt at home and always had to make new friends. It was difficult, but because of that I am able to connect with anyone. People from all different demographics.”

Ali would later join the military himself, serving in the U.S. Marine Corps. Following his service, however, he ended up behind bars.

“I got caught up in the rat race that a lot of young black men find themselves caught up in. But, I learned from it. While I was locked up, I read the Bible three times and I read the Koran once, along with The Autobiography of Malcolm X and Think and Grow Rich by Napoleon Hill. That took me to an entirely new level mentally and spiritually.” 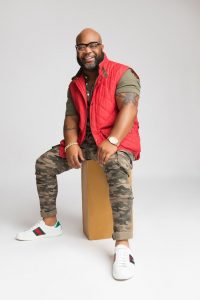 Upon his release, Ali was in Charlotte, NC, forced to work menial jobs, until a fellow marine and GM at a Lexus dealership walked him across the street and connected him with a job at Toyota. There, Ali excelled – but, unexpectedly, the first of his two daughters was born and diagnosed with cerebral palsy.

Ali would have to spend months going back and forth to the hospital with her while maintaining productivity as a top salesman in the car business. He found a way to manage, though, becoming one of the top 10 salespeople in the country and a member of the prestigious President’s Club.

Then finally, he made a discovery. A mentor alerted him to a product that would help his daughter function without constant hospitalization. He researched the product and fell in love with it.

“That moment is when I was introduced to entrepreneurship. I found my why. My daughter was my why,” said Ali. “Up to that point I was always forced to be away from her to work at the dealership – but I told myself I was going to sell the hell out of this product, take care of my daughter and retire my family.”

He entered the MLM industry (Multi-Level Marketing) to sell the product and the rest was history. Ali made so much money promoting and selling that he was able to stop working in the car business and start his own company, AST Global, at the age of 29. That was 15 years ago. Today, Ali not only helps people to create 6-figure income through sales, but he trains them on how to identify their “whys” and how to become “rhinos” as opposed to “cows.”

“I want people to realize that no matter where they are from and what their educational background is, they can succeed,” he said. “God doesn’t call the qualified, He qualifies the called.”

For more information on Khatib Ali and to purchase his book Cows Vs. Rhinos visit www.iamkhatibali.com.  Questions or interview requests can be directed to Ivan Thomas of Intrigue Media Group at intriguemg@gmail.com or 202.904.4790.

Khatib: I am an entrepreneur, an author and a mentor who is passionate about helping others. Growing up, I was a military brat who moved frequently so I am from everywhere. I always had to adjust to new environments and meet new people. As an adult, I have traveled to numerous countries around the world, so those experiences have helped me to develop an extraordinary ability to connect with people of all backgrounds, ethnicities and cultures.

Currently, I am the CEO of AST Global, which is a company I founded to help professionals to achieve major success in the sales industry.

Khatib: To help as many people as I can to become six and seven figure earners. Also, being the father to two daughters, I want to empower women to recognize their power as leaders because I believe that they have an innate and uncanny ability to show love and handle situations that can lead us to prosperity. Finally, I want to unite the African diaspora – building that bridge between Africa and America so we can be united and return to where we started.

Khatib : The book Think and Grow Rich, Malcolm X because he was trying to do the same thing I want to do before he got assassinated, and Marcus Garvey, because he tried to unite Africans and black Americans.

Khatib: Several. It can be hard to work with black men my age and older because there is this competitive spirit and everyone is trying to be on top. We try to do it all at once instead of being a follower first and then becoming that leader.

Khatib: My little girls. That is my WHY. Also, children in general. I love children.

Khatib: A dream is something you think about in your sleep and you can’t get out of your mind when you are awake. I like to replace dreams with the word “goals” because a goal is simply a dream with a deadline, meaning you have to get it done. We dream about everything. But unless we do the work for it to manifest, it’s not going to happen. 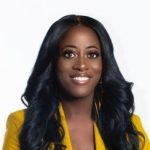 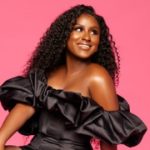