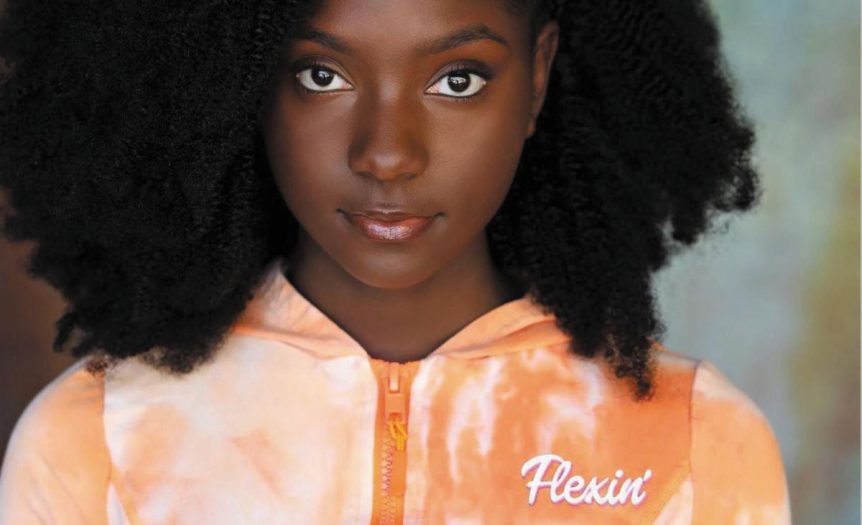 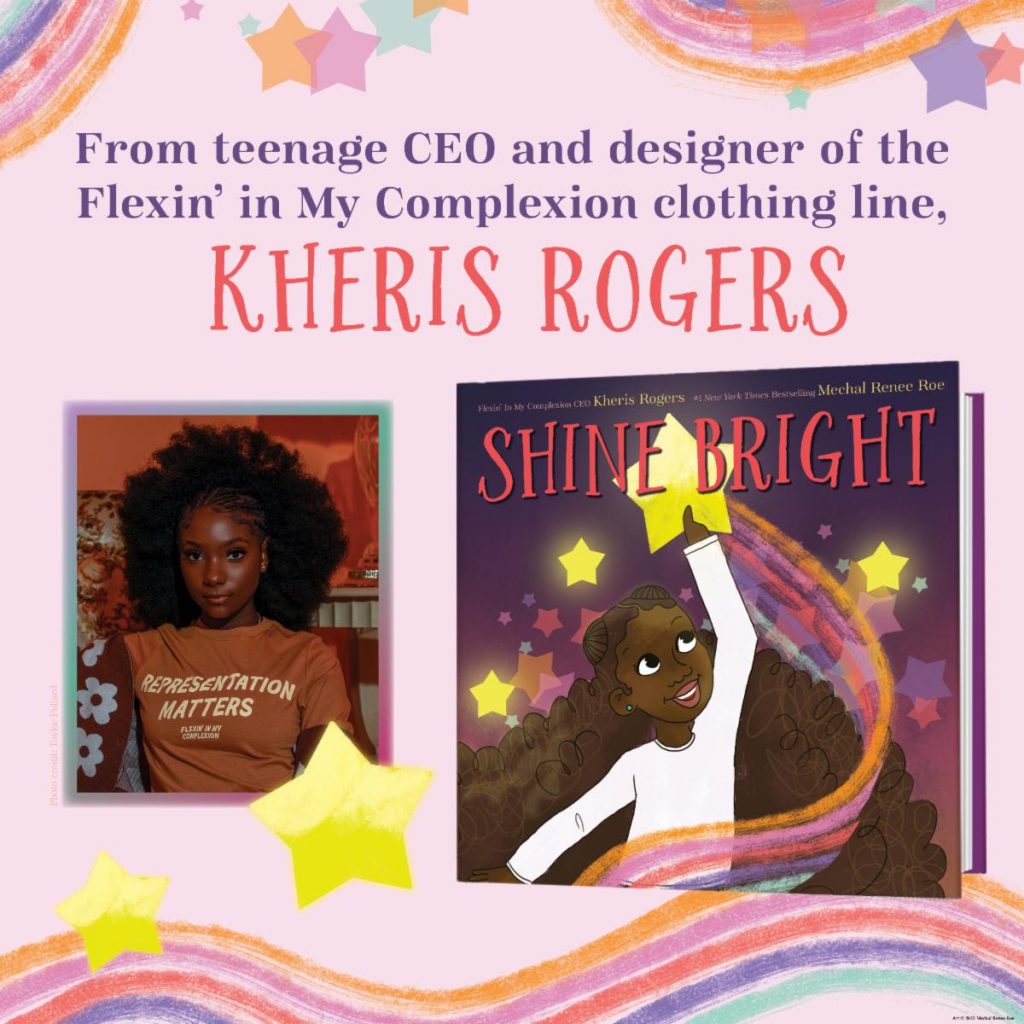 LOS ANGELES, LA – (December 6, 2022) – Kheris Rogers, teen fashion designer, singer, and anti-bullying advocate, is soon to add author to her list of impressive accomplishments. When she was just ten, Kheris’s Flexin’ In My Complexion T-shirt line went viral, leading her to become the youngest designer to showcase at New York Fashion Week. Now she inspires her many fans and followers to love their dark complexions. HarperCollins Children’s Books will publish Kheris’s debut picture book, Shine Bright, on September 27, 2022. The book will be illustrated by Mechal Renee Roe, a #1 New York Times bestselling illustrator.

In Shine Bright, the main character, Imani, has beautiful, rich, melanated, dark skin, but her confidence is shaken by bullies. Imani’s sister reminds her that she is smart, hopeful, brave, beautiful, and just enough. Shine Bright is inspired by Kheris’s own experiences being bullied for her dark complexion and will empower readers, especially Black girls, to shine bright inside and out. The book will also include an author letter and affirmation pledge based on the story. “I wrote Shine Bright to encourage others to love who they are from the inside out,” says Kheris. “This book highlights that there is beauty within all of us that is waiting to shine through!”

Luana Kay Horry, Senior Editor at HarperCollins Children’s Books, says, “Kheris Rogers is an inspiration to anyone who has ever been bullied for the things that make them beautiful. It’s been an honor to work with her on a story that will encourage all children to shine as bright as they can and on their own terms.” 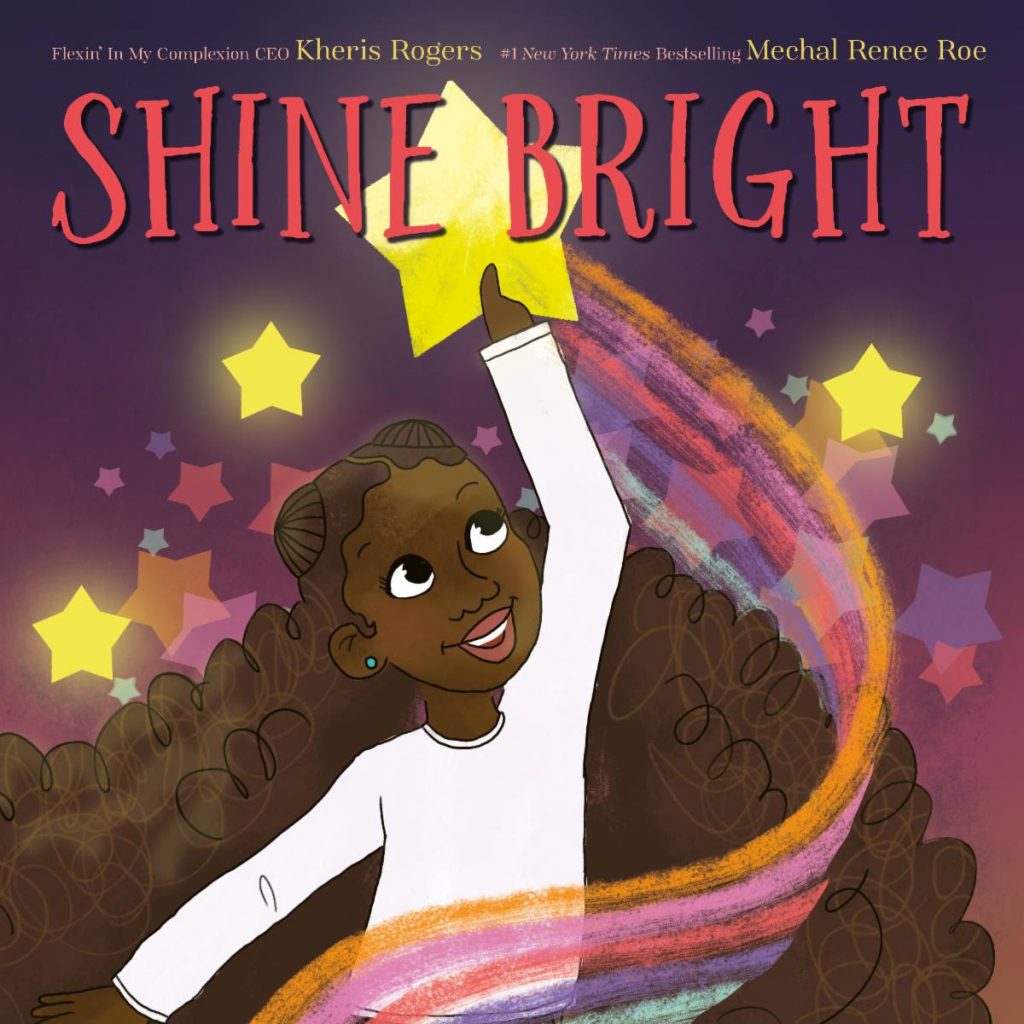 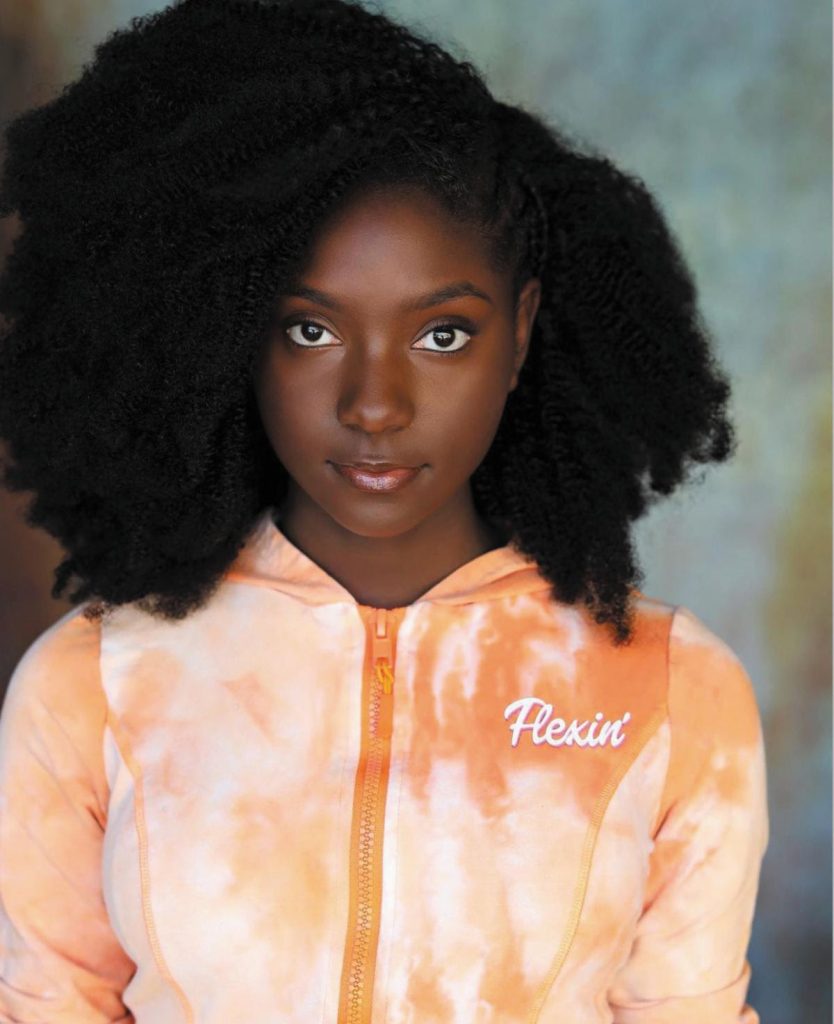 BOUT KHERIS ROGERS:
Kheris Rogers is a model, dancer, singer, actress, and the world’s youngest designer to ever showcase her clothing line, Flexin’ In My Complexion at New York Fashion Week. Kheris started her now-famed clothing line after years of being bullied in school because of her dark skin complexion. Her story of how she turned lemons into lemonade has been televised by NBC, CBS, and The Steve Harvey Show. Her designs have been worn by sheroes such as Whoopi Goldberg, Lupita Nyong’o, Lena Waithe, and Alicia Keys. Kheris was named by LeBron James as one of the strongest women who inspired him to create his Nike shoe Lebron XVI. Kheris is also on Teen Vogue’s “21 Under 21 list” and is part of the girl group Run the World. Kheris continues to use her platform to speak out against bullying and to uplift Black girls and young people everywhere.

ABOUT MECHAL RENEE ROE:
Mechal Renee Roe is the #1 New York Times bestselling illustrator of Vice President Kamala Harris’s picture book, Superheroes Are Everywhere, and is the creator of popular uplifting children’s books such as Happy Hair, Cool Cuts, and I Love Being Me!

ABOUT HARPERCOLLINS CHILDREN’S BOOKS:
HarperCollins Children’s Books is one of the leading publishers of children’s and teen books. Respected worldwide for its tradition of publishing quality, award-winning books for young readers, HarperCollins is home to many timeless treasures and bestsellers such as Charlotte’s Web, Goodnight Moon, Where the Sidewalk Ends, Where the Wild Things Are, and The Hate U Give; series including The Chronicles of Narnia, Ramona, Warriors, A Series of Unfortunate Events, Pete the Cat, Fancy Nancy, Divergent, and Red Queen; and graphic and illustrated novels such as Nimona, Invisible Emmie, and New Kid. HarperCollins Children’s Books is a division of HarperCollins Publishers, which is the second largest consumer book publisher in the world, has operations in 17 countries, and is a subsidiary of News Corp. 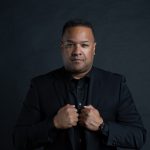 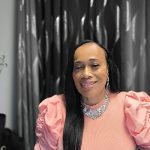 Next Story
Simra Dalmida, CEO of Stepping into My Destiny Shoe Boutique