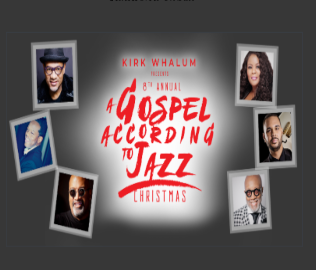 Los Angeles, Calif.– Grammy® Award Winner and Global Recording Artist Kirk Whalum heads out on the 8th Annual Gospel According To Jazz Christmas tour where he will perform his biggest hits, holiday favorites, and songs from his new album, Humanite’ The Los Angeles December 6 concert at West Angeles Church will feature John Stoddart and Kevin Whalum, along with this year’s special guests, vocalist Maysa and guitarist Adam Hawley.

Kirk’s new album was produced by his longtime friend, producer, British jazz trumpeter and session musician, James McMillan. Over a period of three months in 2018, Kirk and James recorded the soul-drenched, emotional and highly melodic tracks in locations ranging from studios in Jakarta, Tokyo, Paris, Nairobi, Johannesburg and Hastings, to hotel rooms, office buildings and even Kirk’s living room in his hometown, Memphis, Tenn.

Standout tracks that showcase the album’s harmonious mix of American jazz, blues, funk and pop, along with global indigenous musical forms, abound on Humanité and include the high velocity fusion track, “Korogocho,” featuring jazz master bass player Marcus Miller in a death-defying duel with young Indonesian bass sharp-shooter Barry Likumahuwa; a silky ballad about the power of education and enlightenment, “Wake Up Everybody,” featuring Indonesian superstar, Afgan; and the uplifting, gorgeous contemporary jazz/R&B track and debut single, “Get Your Wings Up,” featuring guitarist/vocalist Andréa Lisa.

“Music is the language that communicates across borders. Music can break and enter into a person’s soul,” said Kirk. “The difference is that she is not there to take, she’s there to give, to leave something when she goes.”

For the latest updates on Kirk Whalum, visit:

Forged from his Memphis, TN gospel roots and the thriving Houston, TX music scene in his early career, Kirk Whalum’s big, rich tenor saxophone sound is unmistakably his. It was in Houston where jazz pianist Bob James “discovered” Kirk and brought him on tour, which led to five successful albums with Columbia Records, including Cache, Kirk’s first No. 1 album. Kirk became an in-demand session player for top artists such as Barbra Streisand, Luther Vandross, Quincy Jones and most notably, Whitney Houston, amongst many others. It’s his sax heard on the mega-hit, “I Will Always Love You.” Kirk soon followed that career high point with his Warner Bros. Records album, For You, one of his most successful of over 25 solo recordings to date; others include his eclectic Gospel According to Jazz series, (Chapters I, II, III, IV). Kirk is the recipient of numerous awards and acknowledgements for his musical excellence, including three Dove Award nominations, an NAACP Image Award nomination, and Stellar Awards. A twelve-time Grammy® nominee, Kirk won his first Grammy® Award for Best Gospel Song (“It’s What I Do” featuring Lalah Hathaway) alongside life-long friend and gifted writer, Jerry Peters, who also penned the timeless “Goin’ In Circles” for Friends of Distinction. 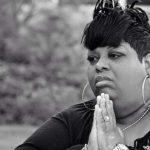 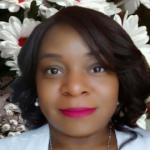