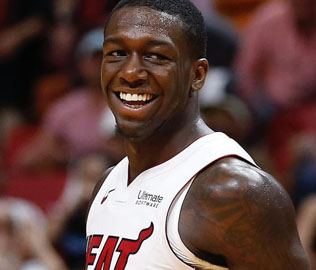 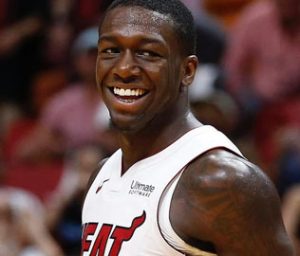 Precious Smith:  What was life like growing up in Chicago, Illinois?

Kendrick: “I grew up on the Southside of Chicago with my dad and sister. Growing up, I played sports. I played sports during school and after school, it was pretty much practice and basketball. It has been about basketball my entire life. Outside of school, I was in the in backyard every day. I think I got my competitive edge and skill from being in the backyard playing all of the time with friends in the neighborhood. It was easy growing up. I had a lot of support from my family and father who has raised me the right way. I thank my father a lot for raising my sister and I as a single parent.  I had a lot of fun and good experiences growing up.”

Precious:   Of all the sports, why basketball? Does it run in the family?

Kendrick: Basketball runs in the family. My dad played professional basketball in New Zealand after he graduated from college. My mom played in High School, but she did not play in college. My sister played alongside of me. She played at UIC, Saint John’s University. Early on, I started playing baseball but it did not last long. In addition, I played flag football on a recreational level but since the age of three, it has always been basketball. Coming from Chicago, I always looked up to Derrick Rose. We went to the same high school on the Southside of Chicago. Lebron James was also one of my favorite players growing up.

Precious:  How did you handle the cancellation of the season? What was your biggest emotion?

Kendrick: It was a shocker to see everything close in that short amount of time. It all happened within a couple of minutes. We were in the middle of playing and they said that the season was over. We were on the floor and we learned that it was the last game of the season and it was weird to receive that news. I did not really know what they were talking about; I was confused. Then all of a sudden a game had started and it was like an open gym game.  It was a weird feeling and it felt like the season did not matter anymore. However, it was for the betterment of us to cancel the season for the safety of others and those around us.  It has been a process. So far, it has been good and my hopes are that we can bring the season back soon.

Precious:   So what has been your biggest highs/lows during the pandemic?

Kendrick: “Getting into a different routine has been different. I am used to leaving the house every day and going to a facility every morning and sticking to that routine. Having to stay in and social distancing has been different. My living situation has been a bit different. I have been working out every day in my house and trying to adjust to that routine. Practicing social distancing has been hard. I know that it has been hard for everyone, so I am just trying to get comfortable with that. That has been the hardest thing for me during the pandemic. The only thing that has been a win or a high during the pandemic is that I do not tend to go out anyway. I prefer to be home and relax. I am a little bit happy with the quarantine lifestyle because I get to stay home and chill. It is okay to slow things down.”

Precious: What advice would you give to someone who is struggling to find his or her purpose or his or her lane?

Kendrick: “Put faith in God first! Get connected to God! I think that would help anyone and move him or her forward to anything they want to do in life and whatever motivates them. Always incorporate faith in everything that you do.”

Precious:  What is your why?

Kendrick: “My why is my family! They keep me going. My family has been giving me unbelievable support since day one. Since the very first day I decided to play basketball, my family has been in my corner supporting me every step of the way.”

I encourage everyone and try to give out as much positive energy as I can. I give out a lot of positive thoughts and energy and want everyone to stay safe and healthy. Right now, everything is about basketball. It is my rookie season, I am all in, trying to be an all-star, and focused on winning champions. 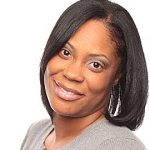 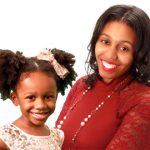