Letting God Take the Wheel – And Why It_s Important 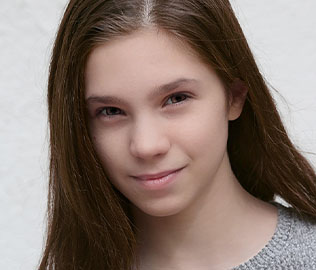 “Serve the Lord!” “You need to let God take the wheel in your life.”

As Christians, we might hear those phrases often. And while many of us simply nod, agree with them, and say “amen”, it is sometimes difficult to figure out exactly how to do that. How do we serve the Lord? How do we let Him take the wheel? Is there some secret recipe to being a good Christian?

And for some of us, we do know what to do in order to serve the Lord and let Him take the wheel, but it seems difficult or even impossible during trials, tribulations, and hard times. It is indeed easy to thank the Lord and want to serve Him when there are abundant blessings, but when it seems like there’s nothing but problems and difficulties, it is much harder.

However, even when we are going through hard times, it is essential to serve, praise, and thank God continually.

1 Thessalonians 5:16-18 says, “Rejoice always, pray without ceasing, in everything give thanks; for this is the will of God in Christ Jesus for you.”

Part of Verse 18 that I thought was intriguing said, “In everything, give thanks.” I used to sometimes wonder, What if one breaks one’s arm, or a tornado hits their house, or one becomes poor? Why would one thank God for bad things?

There’s an old song my family and I love to listen to called Sacrifice of Praise. One of the lyrics says, “We bring a sacrifice of praise into the house of the Lord.” For a while, I was confused as to why it was called a “sacrifice” in the song. The word “sacrifice” usually implies surrendering or giving up something that you love or want to keep. So how is praise a sacrifice?

“During difficult times,” writes Matrid Harper in her blog post Serving the Lord in Difficult Times, “we must be steadfast in service and praises to our God and be thankful for the strength to persevere.”

She continues to write, “We cannot serve the Lord to please this world for this world can never provide us with the peace that passes all understanding. We instead serve our Lord to please Him alone and that clearly re-affirms why we are called His children. Our bodies are temples of God and that’s why we should all be very careful how we live our lives and always strive to please our Heavenly Father. We need to practice self-control.”

“Letting God take the wheel” is another common saying that can be rather enigmatic. After all, what does it mean? Its definition is obscure because all that it implies is letting go of your own life and trusting God, but how do we do this?

A little while ago, I was doing intensive study on the topic of lucid dreaming – which is when you are dreaming and you are aware that you’re dreaming, so you can change things in your dream, gain superpowers, or do essentially whatever you want – and I came across a very interesting article where they explained the logistics of lucid dreaming and the main reason that a lot of us cannot seem to be able to lucidly dream. It claimed that it isn’t that we can’t lucidly dream – from what I know, almost anyone who dreams in general can have a lucid dream. The way that one oftentimes figures out that they’re in a dream and becomes lucid is simple. Simple, but not easy. All you have to do is figure out you’re in a dream and then you can manipulate the world, just like in the sci-fi movie Inception.

But one of the biggest reasons many of us cannot do this is that our minds, or rather, our subconsciouses, are so closed-off that we do not allow ourselves to have the imagination to change the dream world around us. Because we know that we cannot actually manipulate the real world, we oftentimes can’t believe that we can manipulate the dream world. What is my point? We often can’t lucidly dream because we lack the ability to “let go” of what we think we know and instead let imagination reign free. And in that same way, we often struggle with our lives because we are not “letting go” of our situations and trusting that God will provide.

It reminds me of the story of Abraham and Sarah from the Bible. When God promised Sarah that she’d have a baby even at her old age, she was skeptical at first but then trusted Him… up until she decided to take matters into her own hands and gave Abraham her handmaid to have a son with him. In other words, Sarah couldn’t let go of her own situation to trust God to handle it like He promised.

Now, just because we sometimes need to let go of micromanaging our situations in order to trust God doesn’t mean that we should be lazy and not do any work. We are so often caught up in an either-or/black-and-white scenario – either we should micromanage our situations or we should just sit back and claim, “God will work it out somehow!” But in truth, it’s a mixture of both. In my opinion, the best way to “let go” yet also stay productive is to keep working hard and persevering, but when things get to be overwhelming, put it in God’s hands and try not to force anything. Sometimes, when we force things that are not meant to be – a square peg in a round hole, as it’s said – it can be counterproductive to our success.

In summary, there are many different ways that we can serve the Lord – praising, worshipping, doing what God calls us to do or lays on our heart to say, and more. But here’s the most important thing to know: It will be hard. Some days, it will feel easy to show your love to God – and other days, it might seem impossible due to bad circumstances. It might be difficult to praise the Lord on a day when you feel like there’s nothing to praise Him for. But here are my two cents – do it anyway. Praise Him even when it seems impossible, even when bad things are happening in your life – and when things get overwhelming, don’t be afraid to take a deep breath, calm yourself, and hand things over to Him. As long as you keep doing what He wants you to do, you will succeed. 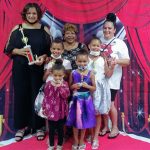 Previous Story
Stop The Violence Prayer Chain Foundation came together with the help and donations from others.
→ Next Story
This Thursday “Sins of the City” Follows the Tragedy Of Twin Brothers in Columbus