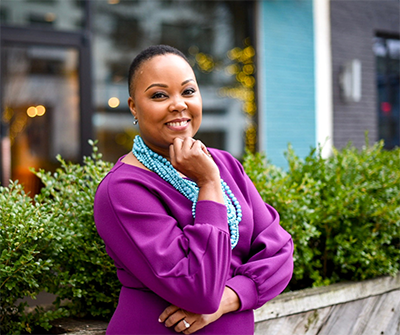 Nationwide… Kescha Wilson, the mom who mentored both FBI agents and members of the National Organization of Black Law Enforcement  Executives, and whose talents as a nuclear scientist helped her dismantle meth labs, is now teaching women in high level executive careers to extinguish exhaustion and balance their personal and professional commitments.

Wilson details the strategies in her book ‘The Power of Ease: A Blueprint For Women Leaders To Put Yourself First While Managing A Thriving Home Life And A Legacy-Driven Career’. She also creates strategies for individuals wanting to reprioritize their work-life structure. The book and resources were birthed from her own experience of feeling T.I.R.E.D (like Turning In Resignations Every Day). She says some of her clients express they feel the same after experiencing microaggressions, workplace trauma, fatigue from being resilient for too long, and even feeling like they have to sacrifice their well-being in order to have it all.

“I know firsthand what it is like to seemingly have it all but feeling like I would be buried under the weight of it sometimes,” said Wilson. “It’s even more challenging to have a demanding career, manage the responsibilities of home, and navigate some of life’s devastating and unexpected events. It is possible to have it all. You have to define what having it all means to you. Burnout can happen but understanding your individual recipe for it and customizing a plan to get ahead of it is vital.”

Wilson’s story begins in Crystal Springs, Mississippi where she was raised by parents who were education professionals. She later graduated with honors from Alcorn State University with a Bachelor of Science Degree in Chemistry and was inducted into the Alpha Kappa Mu National Honor Society. She is also a former member of MAMP (Mississippi Alliance for Minority Participation), a program dedicated to advancing the talents of STEM students in underrepresented groups.

As a chemist in Tennessee’s Nuclear Fuel Services (NFS), Wilson became the front line supervisor whose duties involved conducting lab testing on nuclear fuel for naval submarines and aircraft carriers as well as other enriched uranium products. She later joined the North Carolina State Bureau of Investigation as a Special Agent and Forensic Chemist. Wilson was an expert witness in drug chemistry and was certified in dismantling clandestine laboratories used to make methamphetamine.  Following the September 11th, 2001 attacks, she enlisted in the FBI as a Special Agent where she conducted highly sensitive investigations assigned to multiple divisions including Louisville, New York City, and Washington, DC. She also mentored and counseled hundreds of high performing professionals through the FBI Academy in Quantico, Virginia.

These days, Wilson has found her balance as a wife, parent and caregiver to her aging mother while teaching women to shift through her personal development company, Design Her Queendom®. Through this company, she has led high achieving professionals through burnout recovery and guided them to realign their lives to their value system.

“I want to help resilient women leaders reprioritize themselves while managing the demands of career and responsibilities of home,” Wilson says. “While it is great to perform well, we must also learn to prioritize ourselves so that we can give our best to others.” 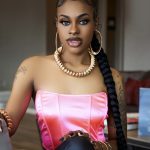 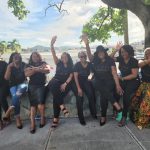