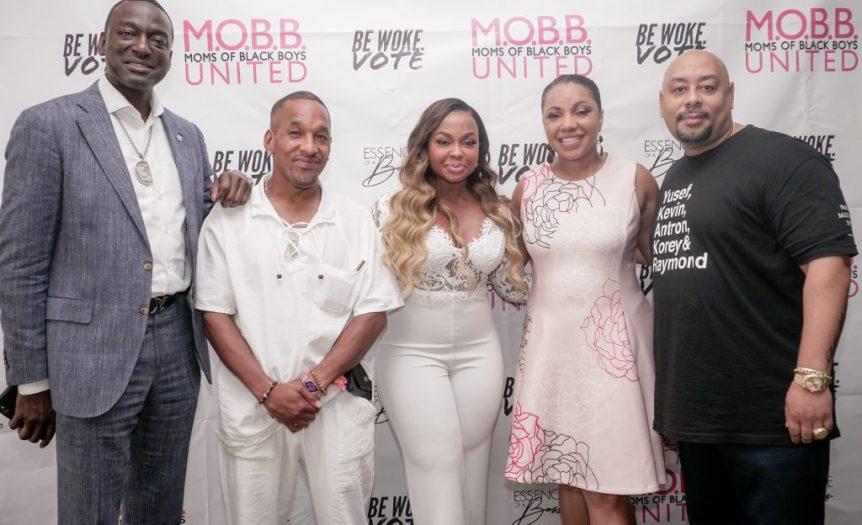 The organization commemorates three years of advocacy for Black sons with annual awards breakfast and three Center Stage appearances while engaging thousands over the three-day extravaganza of music, arts and community awareness

“Being a Mom and having a passion for representing African-American men are the most important things I’ve done in my life,” said Parks during a rousing acceptance speech. The attorney and reality star challenged attendees to “Focus not on obstacles, but focus on the opportunities we have as a community to stand for something and to make our voices known.”

The sold-out awards breakfast and fundraiser, presented in partnership with “BeWoke.Vote,” a 2019 Webby Awards nominated short-form social series campaign, was emceed by Nicki Micheaux, notable actress of “Good Trouble” and M.O.B.B. United Ambassador. Journalist Roland Martin spoke on behalf of “BeWoke.Vote” and presented a pre-taped award acceptance message from Mayor Broome. Guests enjoyed a live performance from the Royal Boys Choir of New Orleans. The breakfast featured a live auction of an “Exonerated Five” painting by Tyler Gordon, a 13 year old artist from San Jose, California, which alone contributed $5,000 to the cause. Founder Depelsha McGruder said, “There is no better platform than the Essence Festival for reaching moms of Black boys and men. This weekend, we honored some social justice warriors and connected with thousands of moms who share our concerns for our sons’ future and well-being. We left New Orleans energized to continue this critical work.”

Post-breakfast, Wise, Salaam and Santana thrilled festival attendees by joining Vanessa McCullers, M.O.B.B. United Executive Director, for the first time ever on the ESSENCE Festival Center Stage to participate in a discussion around youth incarceration. The three survivors of unspeakable injustice inspired the audience with their heartfelt testimony about their experience and hopeful outlook for the future. Dr. Salaam shared, ”The most important thing I learned in prison was that I was worth something”. Additional highlights from the festive weekend also included two more dynamic Center Stage moments: Micheaux, joined by Jamila T. Davis and Dr. Arabia Mollette, and M.O.B.B. United Founder Depelsha McGruder in conversation with Urban Hydration CEO Psyche Terry and Essence of a Boss CEO Jody Ann Prendergast about balancing entrepreneurship and motherhood, and the safety of their Black boys.

M.O.B.B. United connected with focused moms and advocates who want to raise their voices via a variety of touch points during the ultimate celebration of Black culture, which drew 500k attendees to the Crescent City. The hugely successful weekend saw a 30 percent increase in social engagement with MOBB United platforms, raised thousands in donations and gained a host of new members. The “Woke Moms” hosted a booth at the Ernest N. Morial Convention Center where ESSENCE Festival visitors could register for a membership to learn how to advocate for their sons and registered to vote via co-partner “BeWoke.Vote.” The booth was visited by Recording Artist Kenny Lattimore, Civil Rights Lawyer Lee Merritt and Yusef Jackson, son of Civil Rights Leader Jesse Jackson, among others.

MOBB United for Social Change, Inc. acts as a voice for moms of Black sons and is focused on influencing policy and eliminating racial disparities related to the interaction Black boys and men have with law enforcement and persons in authority. From the school-to-prison pipeline to the broader criminal justice system, the goal is to change the trajectory of racial injustice to ensure that Black boys and men survive and thrive. 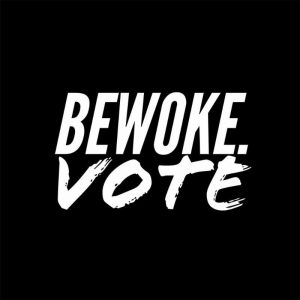 ABOUT BEWOKE.VOTE
BeWoke.Vote, is a 2018 Webby Awards nominated, Get-Out-To-Vote “GOTV” campaign with a short-form video format which features celebrities sitting down with hosts Van Jones, Roland Martin and Tameka ‘Tiny’ Harris in down-to-earth, one-on-one segments to discuss political, social and societal landscapes with influencers such as: Jamie Foxx, Kim Kardashian, Will.i.am and Congresswoman Maxine Waters. It’s a rally for activism and a platform to encourage voter engagement and participation. The purpose of “Be Woke” is to push the needle forward by getting more young voters of color interested in politics and participating in the voting process. 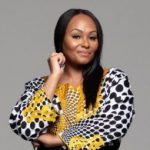 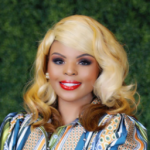 Next Story
The Wilderness Is Over! By Prophetess Crystal N. Tolbert