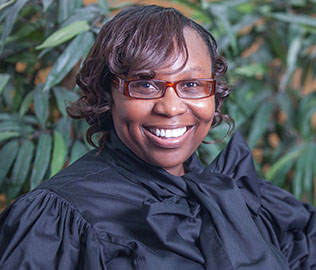 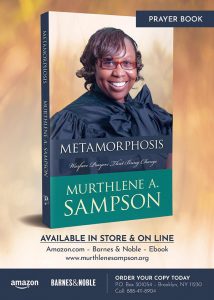 Apostle Murthlene A. Sampson is an author and gospel recording artist and mentor. Born and raised under a traditional Pentecostal system, Apostle Sampson widens her spirituality to reach people of varied backgrounds, ethnicity, and cultures. Murthlene began her ministry as a praise and worship singer and by feeding single mothers and their children as well as the elderly every month. Several years later, she became involved in house-to-house prayer meetings. While conducting home Bible studies, she also led the prayer ministry and was committed to preaching on the streets of New York. She then became the assistant pastor at one church in Brooklyn, New York, where she served for three years. A few months later, she became the assistant pastor at another church, located in Queens, New York. Shortly after that, she began to travel extensively, preaching the gospel and singing and was subsequently ordained and licensed as a pastor. She is the apostle and pastor for Healing Sanctuary, “A ministry where you can expect to see the glory of God unveiled.” The ministry is located in Brooklyn, New York, where she was raised.

She travels throughout the United States and around the world, preaching and singing the gospel of Jesus Christ. Apostle Sampson often ministers in the Dominican Republic, Jamaica West Indies, Guyana (South America), Liberia (Africa), Kenya (Africa), Haiti, Portugal, Brazil, India, and many other countries. Her style of preaching and singing is her own expression with the heavenly anointing and power from the Lord. Apostle Sampson is an inspirational and anointed woman of God who, through the Word, songs, and books, presents the Good News of Jesus Christ. She is known for her anointed singing and powerful preaching of the Word and as someone who divinely communicates God’s powerful message to His people.

Flowing in the five-fold ministry, and a psalmist, she reaches directly to the hearts and spiritual being of those she ministers to, and hundreds have come to the knowledge of Jesus Christ because of her ministry. They have received the infilling of the Holy Ghost at revival services, conferences, and worship meetings. Many also have been healed of diseases, blind eyes opened, delivered from demonic forces and generational curses, marriages restored, and many have been able to grow spiritually through the power of Jesus Christ. This willing vessel has been selected, equipped, appointed, and mandated by God to bring complete restoration and healing to the body of Jesus Christ, through the gospel.

Her ministry strongly encourages those who desire to fulfill or pursue their ministry, deliverance, restoration, and salvation. This ministry continues to educate and equip others for ministry, with the focus to evangelize both locally and internationally with the ongoing purpose for a spiritual increase. Apostle Sampson points individuals to Jesus Christ as the ONLY true solution for every problem. Through powerful teaching, she shows how believers can partake of unceasing newness of life through salvation and baptism in Him by demonstrating faith and prayer as the foundation.

Her ministry involves regular trips, both globally and domestically, as she impacts lives with the gospel. She travels to British Guyana, South America, yearly with a team to preach at annual revival services. Upon returning from her yearly visit of ministering in Guyana, she sends barrels to support those in need and feeds over one hundred children. Her ministry is also responsible for feeding one hundred children in Liberia (Africa) at an orphanage where she co-works. Her television program, “Time of Deliverance,” can be seen on The Word Network—www.thewordnetwork.org.

Apostle Sampson has released six CDs titled “God who reigns”, “Call it forth” “Praise the King,” “Delivered,” “Time to Be Delivered-Prelude,” and “Melody of Praise,” under Healing Sanctuary Ministry, and is the author of the book Send Me, The Birthing Place, Paw-lal  and Metamorphosis,

Apostle Sampson has an Associate in Arts, a Bachelor of Arts in Psychology, a Master of Professional Studies in Urban Ministries, and a Master of Divinity in Pastoral Counseling. 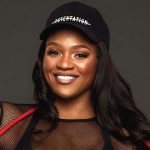 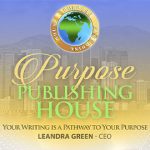