Zechariah. 10:1. Ask ye of the Lord rain in the time of the latter rain; so the Lord shall make bright clouds, and give them showers of rain, to every one grass in the field.

The anointing on prophetic rainmakers is deployed in regions and territories where there is a drought, desolation, or where the people are deprived of natural and spiritual resources. Prophets that are releasing new water become targets of abuse. These types of prophets are scrutinized by those who look for attention off of the prophet’s influence; in doing so, validating their own ignorance. The condemnation is to invalidate the prophet; therefore, when the prophet is invalidated, his message is rejected. According to 2 Chronicles 20:20, “Believe in the prophet so shall you prosper”. Prosperity is in the mouth of the prophet. The prophet is a bridge between two realms: Heavenly and Earthly. From Heaven he transmits what he hears and translates it to Earth. Considering the fact that the prophet is a gate of communication, he is known as a connector that communicates Heaven’s intentions! This alone illustrates why the prophet is under fire!

The spirit that opposes the prophet looks for a response to minimize the impact of what the prophet is releasing! The scheme is for the prophet to react rather than respond to the voice of God! Prophetic revelation demands an obligation for the receiver’s response! However, failing to respond can forfeit the release intended. “A prophet is never intimidated by a dry climate, nevertheless every dry climate is intimidated by a prophet.” The climate of confrontation is the place God authenticates the authenticity of the prophet. Mount Carmel was an example of this type of situation. The prophets of Baal, had chosen their bull against Elijah and the God of Fire. The prophets of Baal made an assumption that Baal would overshadow the prophets of God. Elijah was confident in the fact that his God would prevail. The prophets today should have this same type of confidence.

A tutorial for every prophet is that you can declare a word that will yield calamity on yourself, in which case Elijah discovered. He prophesied that it would not rain or dew the next three years except by his word. This particular word had an effect on him as well as the people. Here this: “When a prophet succumbs to his own decree, he/she must find favor in his own famine!” Prophetic rain symbolizes growth, favor, birthing, cleansing, revival, and harvest. As a rainmaker from Heaven, the prophet is authorized to release under an open Heaven. Therefore, the prophet can close Heaven and there will be no rain. Our prayer should be Lord send us prophets that know how to make it rain. 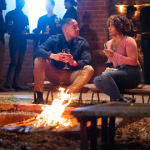 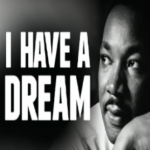 Next Story
What really Stops us from following our Dream by: Albrean Wordsworth