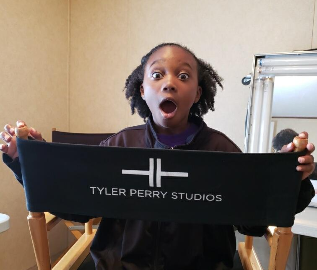 Atlanta, USA… At just six-years-old, London Rose Sellars turns heads when she gets into rideshares with her mother. First, there are the usual compliments on her cuteness, then familiarity sets in and the OMG moment of realizing the little girl was a part of the cast in 2019’s Oscar-nominated “Harriet”.

“If it’s not that, then they realize she’s the little girl who was kidnapped in ‘The Oval’,” her mother Meckaela laughs. “It’s truly surreal to go from just minding your business to adults who watch Tyler Perry shows automatically calling your child out by her character’s name.”

London Rose has also been confirmed to join the cast of ‘Ruthless’, the spinoff show to Tyler Perry’s ‘The Oval’, currently one of the hottest shows on BET.

“You have to listen and do what the director says,” London Rose says of acting. “Sometimes it’s hard because you have to remember a lot and you have to do it over and over until it’s right. Then sometimes you feel happy but you still have to act like you’re really sad and cry. It’s not easy but I like pretending and I love the cameras and all that stuff too.”

Originally from Memphis, Tennessee and now living in Lexington, Kentucky, London Rose flies into Atlanta several times to commit to her acting obligations for the series while balancing other projects in the meantime. Her mother, a former fulltime teacher, oversees her homeschooling and joins her on set. When not working, London Rose engages with youth to encourage them to go after their dreams. She is also working on her first book, set to be released in 2020. While she is getting adjusted to doing media interviews, London Rose says she’s most looking forward to getting dressed up and walking a red carpet in the near future.

“It has been an adjustment,” said Meckaela. “However, this is something that she wants and she does very well in, so I am happy we gave it a shot. She was never camera shy and once we invested into the acting lessons and everything else, things just happened. It’s a blessing to see your child pursue their dream and we’ll continue until she doesn’t want to do it anymore.” 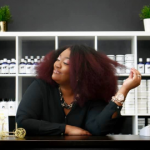 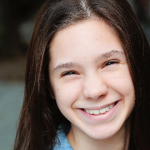 Next Story
The Benefits of Thinking Positive and Reducing Worry