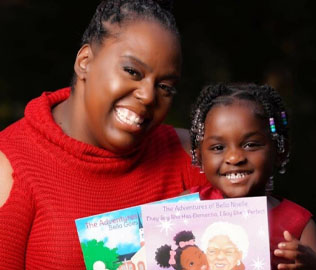 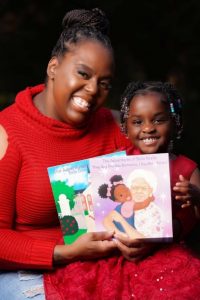 Nationwide, USA… A Tennessee teacher’s attempt to teach her toddler about HBCU’s, cancer, dementia and family values has resulted in a series of four picture books starring a little Black girl, the Adventures of Bella Noelle series.

As the founder of Stepping Stones Tutoring Center and Co-owner of Achieve Success Tutoring, LaTishia used her insight as a teacher to think of ways to make the books relatable and educational to young readers. Despite being just two-years-old, Bella has contributed to the book with storylines, selecting artwork and more.

“She really earned her co-author title because everything is truly inspired by her,” says LaTishia. “Many people are surprised when they hear her speak and express herself because being two, they expect a baby but they get a big girl. As a specialized teacher in Nashville, Tennessee, I encouraged her to learn and she is truly advanced. So with all that was going on in the world, I wanted to have conversations with her and picture books were the way to do it to seal our memories with each book.”

The first book in the series Bella’s Big Wish, came about when LaTishia was teaching Bella about various family members and birthdays. Another book was inspired after Bella’s great grandmother who she loved spending time with began showing signs of dementia and the Jordans had to explain it. As for the book on Historically Black Colleges and Universities (HBCUs), LaTishia said that the book was just a way for her to commemorate taking Bella to her alma mater, Bennett College. After hearing about that book, other alum wanted copies to share with their children.

“We especially got a lot of interest in the book after the 2020 election and folks ecstatic to celebrate Vice-President Kamala Harris as the first HBCU graduate to be elected to office,” said LaTishia. “The original goal was a mommy-daughter project for Bella and I but now, people are telling us that the Adventures of Bella Noelle series are not only enjoyable, but also relatable because representation matters and little Black girls can see images of themselves in these books.”

LaTishia has not been able to have an official in person launch due to the pandemic, but she and Bella are having virtual meet and greets with supporters. For more information, visit www.theadventuresofbellanoelle.com 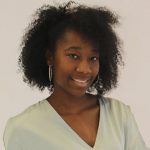 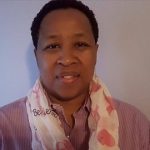