THE 23RD ANNUAL SUPER BOWL GOSPEL CELEBRATION RETURNS WITH TRIPLE THREAT SIMULCAST STREAMING ON PRIME VIDEO AND IMDB TV AND PREMIERING ON BOUNCE TV SATURDAY, FEBRUARY 12 AT 8E/7C ON, WITH ENCORE ON ION 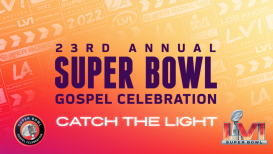 (Atlanta, GA) – February 7, 2022 – The highly-anticipated 23rd Annual Super Bowl Gospel Celebration returns to television with faith, family and football during the biggest weekend in sports! Premiering with a brand new trio of distribution partners, Super Bowl Gospel Celebration is simulcast on Saturday, February 12 at 8pm ET/7pm CT on Bounce TV and for the very first time will stream on Prime Video and on IMDb TV, both without need of a Prime membership. The debut telecast will be followed by an encore on ION Sunday, February 13 at 12am ET/11pm CT, and will continue to be available to stream in front of the paywall on Prime Video and on IMDb TV throughout February in celebration of Black History Month.

Themed “Catch the Light,” the groundbreaking praise and worship extravaganza is an annual highlight of Super Bowl weekend, hosted this season by inspirational figure Sarah Jakes Roberts and funnyman DC Young Fly. This unique annual praise fest highlights NFL players and their faith, with uplifting songs of joy and shout-worthy, never-before-seen performances and mashups. Viewers are offered a rare glimpse into the spiritual lives of their favorite NFL players, as well as what inspires them to greatness each day. The hour-long show was taped in Los Angeles, Atlanta and Dallas as a concession to the still ongoing COVID pandemic.

“This 23-year journey with the Super Bowl Gospel Celebration is a testament to how faith can grow the seed of a dream into a reality far greater than any plan we might have set out to achieve. Despite every obstacle placed in our path, our faith in this vision has been rewarded with this anointed production that has touched the lives of so many,” said Melanie Few, Founder and Executive Producer.

Super Bowl Gospel Celebration is making a special presentation to the 2022 Lifetime of Inspiration Award recipient Deion “Coach Prime” Sanders, sponsored by Amazon’s Black Business Accelerator. The current head coach for Jackson State University’s football team, two-time SuperBowl champion, Pro Football Hall of Famer, and Eddie Robinson Coach of the Year is being honored for his commitment to bringing more visibility to HBCU sports franchises, and reinvigorating HBCU sports into high-profile must watch events. Coach Prime is one of only four NFL Players to ever receive this prestigious award.

“As we approach our 23rd anniversary, I am so very thankful for the support and partnership of the National Football League. I am also excited for the amazing partners that have joined forces to help elevate this brand. It is truly a privilege to honor Coach Prime as I have followed him his entire career and watched him be a light to others, both on and off the field,” added Few, the

only woman and person of color that produces an NFL sanctioned event during Super Bowl week.

“Super Bowl Gospel provides an opportunity for our players to celebrate their faith,” said Arthur McAfee, the NFL’s senior vice president for player engagement. “A large number of our players are of faith, and they celebrate that faith many ways during the course of the game and throughout the season. You may see them take a knee and pray, either prior to or after the game. This is one of the natural connections we have to help players elevate their platform.”

The Black Women’s Health Imperative, the first and only national non-profit focused on the health and wellness of Black women and girls, will present a special recognition to retired Carolina Panthers running back DeAngelo Williams for his contributions to driving life-saving cancer screenings through his nonprofit, The DeAngelo Williams Foundation.

The Super Bowl Gospel Celebration will be available to stream on Prime Video in the U.S., Canada, United Kingdom, Australia, and New Zealand, and on IMDb TV in the U.S. and the U.K.

Super Bowl Gospel Celebration (SBGC) was originally founded and executive produced in 1999 as a gospel brunch in Miami by Atlanta-based marketing consultant Melanie Few and continues as the only multicultural program and inspirational event sanctioned by the NFL during Super Bowl weekend. The evening brings together an ensemble of NFL players, gospel/contemporary Christian performers, award-winning musicians spanning all genres, and faith-based leaders on one stage for a spectacular show filled with song, prayer, hope and uplifting messages.

ABOUT THE SUPER BOWL GOSPEL CELEBRATION

The Super Bowl Gospel Celebration was launched in Miami in 1999 during SuperBowl XXXIII weekend. The event became the first and has remained the only inspirational concert sanctioned by the National Football League (NFL). The show has drawn crowds in the thousands and has demonstrated growth year after year, selling out venues in major host cities including Dallas, Atlanta, Detroit, Jacksonville, Houston, and Phoenix.

Bounce is the leading broadcast and multi-platform entertainment network serving African Americans, with programming seen over-the-air, on cable, DISH, and Roku. The network can be viewed on mobile devices via the Bounce app; Brown Sugar apps and on the web via BounceTV.com. BounceTV is available in more than 102 million homes across the U.S. BounceTV is part of the E.W. Scripps Company.

A leading general entertainment network, ION’s lineup features major cable and broadcast shows, original series and special event programming. ION is part of The E.W. Scripps Company (NASDAQ: SSP), a diversified media company focused on creating a better-informed world. As one of the nation’s largest local TV broadcasters, Scripps serves communities with quality, objective local journalism and operates a portfolio of 61 stations in 41 markets. The Scripps Networks reach nearly every American through the national news outlets Court TV and Newsy and popular entertainment brands ION, Bounce, Grit, Laff, Court TV Mystery, Defy TV and TrueReal. Scripps is the nation’s largest holder of broadcast spectrum. Scripps runs an award winning investigative reporting newsroom in Washington, D.C., and is the longtime steward of the Scripps National Spelling Bee. Founded in 1878, Scripps has held for decades to the motto, “Give light and the people will find their own way.”

Prime Video offers customers a vast collection of movies, series, and sports—all available to watch on hundreds of compatible devices.

Prime Video is just one of many shopping, savings, and entertainment benefits included with a Prime membership, along with fast, free shipping on millions of Prime-eligible items at Amazon.com, ultrafast grocery delivery and pickup, unlimited photo storage, exclusive deals and discounts, prescription savings, and access to ad-free music, books, and games. To sign up or start a 30-day free trial of Prime, visit: amazon.com/prime. 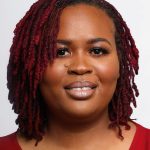 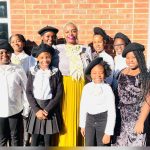