The Fear of Success – And How to Overcome It 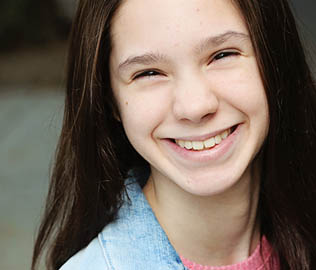 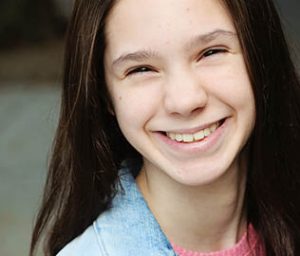 Ever since the dawn of time, we humans have been afraid of failing. We would think of beautiful, creative new ideas and daydream about doing them, putting them into action – but once it actually came down to it, we’d oftentimes shy away from taking those risks. Why? Why step away from brilliant ideas, or risks that could end us up in fame and success?

Because so many of us are afraid of failing.

Some of us are terrified by the possibility that even though we have wonderful things in our brains that we can share with others, we might mess it all up. Some of us are afraid of being in positions of power or responsibility because when we are responsible for things, we might drop the ball.

But for some of us, failure is not our greatest fear. Instead, it is success.

Why would we be afraid of success? Why could something so positive induce fear in some of us?

That’s what we’re about to find out.

In this article, I will explain why some people are afraid of success and also how that fear can sometimes manifest itself in other things like procrastination, complaints, or acceptance of mediocrity.

“I’m more afraid of success than failure. Success makes us so sure of ourselves that we do not analyze the factors that lead us to our success. Instead, in failure there’s an error that lurks that makes us reflect, and in that process, there is learning – and that makes us better.” – Jorge Valdano

One day, an older gentleman went to see a clinical psychologist. The psychologist welcomed him in and told him to sit down and tell him what the problem was. The gentleman then explained that the biggest thing he wanted to work on in his therapy was his struggle with the fear of success.

“After retiring,” the man said, “I started a small non-profit that did volunteer work that I’m passionate about. Recently, however, my humble organization was faced with a flash of overnight success.” And he went on to explain that he was having major anxiety about this recent success.

The session continued, and finally, the psychologist got to the root of the problem – why was this man having such anxiety about such an awesome opportunity? Well, he recounted how he had a turbulent and often abusive relationship with his father. In addition, any “successes” in school would be mocked.

Unsurprisingly, this man learned to stay quiet about his academic successes. Even as an adult, his habit of “keeping his head down” led him to pick careers and jobs that weren’t really what he wanted, but were “safe” and “non-flashy.”

After retiring, he had assumed that his little non-profit would simply be a quiet way for him to give back and volunteer for a cause he felt passionate about. But a few years into the project, a major newspaper did a story on him and the non-profit attracted a lot of positive attention and even some considerable financial gifts.

Along with this overnight success, this man started having intense panic attacks on a near-daily basis and couldn’t seem to stop worrying. He came to the psychologist consumed with anxiety and was almost certain that the solution was to abandon his non-profit.

Finally, he was able to explain his biggest worries: 1. Going to fancy dinners and meet-and-greets where he would be the center of attention. 2. That he would have to spend all his time answering emails from reporters and collaborators instead of just doing the work he loved. 3. And lastly, that he wouldn’t be able to live up to the sky-high expectations that seemed to tower over him.

As the psychologist was finally able to get to the root of the problem, the man’s fears were addressed and dealt with.

It might surprise you, but this is not a fictional story.

This was a real man and a real psychologist, and this fear – the fear of success – is very real.

Of course, it comes back to the same question: Why would people be afraid of success? Many reasons were answered in the gentleman’s explanation. Oftentimes, as psychologist Nick Wignall explained in his article Fear of Success: How it Works and What to Do About It, “While many of us grow up in an environment where our successes are met with enthusiasm, praise, and encouragement from the people around us, this isn’t the case for everyone.”

He went on to explain, “Fear of success is often learned at a young age. Just like a rat learns not to touch the red button after it leads to electrical shocks a few times, people can learn to avoid success if at one point it was followed by something painful.”

A lot of times, a fear of succeeding is something that stems from the home. Other times, it is the consequences and responsibilities of success – rather than simply “success” itself – that we fear.

And sometimes, we’re afraid of growing so successful that we lose ourselves and become arrogant rather than humble. And yes, that is a very real problem and a very dangerous pit that a lot of young celebrities fall into.

Even the Bible talks about staying humble and keeping perspective. James 4:6 says, “But he gives more grace. Therefore it says, ‘God opposes the proud, but gives grace to the humble.’”

However, it really is all about keeping perspective. I know countless other celebrities who are famous and successful and yet keep themselves in check. They are humble, kind, and hard-working. I think that for those who have a fear of success, it helps to know that that success does not mean compromising your values. It’s up to you whether you let success define you or not.

“Fear of success is far more dangerous than fear of failure, because the subconscious mind works to prevent that which it fears. People may fear success because of low self-esteem and feeling of not deserving it; because it will increase what others expect of them. Fear of success shows up as anxiety, indecision, avoidance, procrastination or acceptance of mediocrity.” – Joe Tye

All reactions to fears manifest in some way, shape, or form. An arachnophobic – a person who is afraid of spiders – may freak out or have a panic attack when seeing a spider. An acrophobic – someone who’s afraid of heights – may feel uncomfortable near high places and may try to avoid high ground. In that same way, people with the fear of success have their fears manifest in different ways. Some of us may not even know that we are afraid of success, and these manifestations of that fear will help us identify if we have it or not.

As Tye mentioned perfectly in the quote above, it shows up in many different places. One of the biggest places you’ll see a fear of success bleed through is procrastination.

Now, I think it’s safe to say everyone procrastinates sometimes. Even I, a girl who wears many hats and must juggle them all with a tight schedule, still have to force myself to stay focused and to not procrastinate.

But a constant need to always take breaks or always procrastinate may indicate an underlying fear, especially if you feel like you may not want to get your work done because you’re afraid of the results.

No one could have said it better than Denis Waitley when he said, “Procrastination is the fear of success. People procrastinate because they are afraid of the success that they know will result if they move ahead now. Because success is heavy [and] carries a responsibility with it, it is much easier to procrastinate and live on the ‘someday I’ll’ philosophy.”

Procrastination is not the only manifestation of a possible fear of success. As Tye mentioned earlier, it can also be in the shape of anxiety, indecision, avoidance, or worst of all, the acceptance of mediocrity. Once you start to accept the mediocrity of going through the motions, the humdrum everyday actions of life, you stop wanting to be even better or to achieve more – and that is one of the most terrible states of life. Even Robert Downey Jr. states that “mediocrity is my biggest fear…It’s being in the middle that scares me.”

The fear of success may stem from many things depending on who the person is that is suffering from it. But remember that oftentimes, it is not success that sufferers are afraid of; it is simply the consequences and the responsibilities that come with success. Perhaps we feel like we can’t handle the responsibilities or the pressure; perhaps we feel like we’ll let everyone down if we do succeed – which is essentially the fear of failure – and perhaps we may feel like we will lose our integrity if we allow ourselves to reach for the stars and achieve our dreams.

But here’s the good news: Once we realize it’s more than just a vague topic of “success” that we’re afraid of – when we realize that our fear is really either based off of something that comes as a possible byproduct of success or rooted by things that we went through when we were young and can overcome now, that will help us to determine that it’s not such a hard, undefeatable fear anymore. If we remember to stay hard-working and humble before and after succeeding, we might just find that success is not so bad as we thought – especially if it means that we get to do what we love.

And remember, just as Jerry Seinfeld once said, “Keep your head up in failure and your head down in success.” 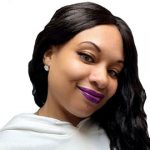 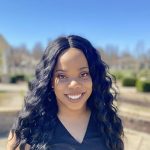