The Revealed You by Ronisha Williams 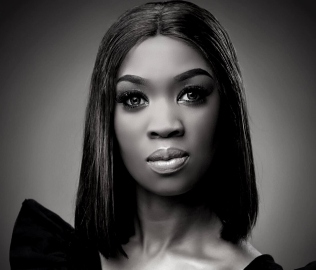 I was laying on my bed the other day when the Lord spoke to me saying “ the real you is not what meets the eye, but that which comes out in actions from the heart.

I want to share with you a story in hopes of empowering you to live out your Best you. There was this lady who encountered a lot over the years of her life. From her childhood to adulthood she was rejected which left her insecure and living in a false reality of who she thought she was. She would often try to fit in, sometimes trying to buy others love, it left her empty, still trying to fill the void. 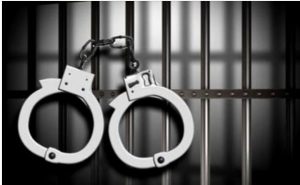 This women was married at an early age was very beautiful, but because of the pain of her past her actions showed nothing but pain. When she gave her life to Christ she came broken, messed up, with a loss self awareness and identity. She struggled so bad with trying to find her way in the church. She faced much jealousy, envy, slander and so much more. She often found herself crying out asking God why, explaining how much it hurt and how she wanted it all to stop.

She was so insecure, she went with whatever people told her she was. Sometimes paying the cost of her life to make others feel good. She didn’t truly realize in this moment who she really was and all the great things God spoke about her.

For years she went through even trying to mask the pain, insecurities and disappointments. Rage filled her heart and she became a raging beast, fighting anything and anyone who she thought was attacking her. She lived years in defense trying to prove herself, building walls that kept people out.

One day this women in her brokenness and despair tried to take her own life. She didn’t feel pretty enough, worthy enough and loved enough. Although she has three beautiful children and a husband who loved her unconditionally she was so broken and torn she couldn’t see it.

Trying to prove herself she begin living beyond her means to prove a point. Going all out to beautify her outer appearance, inside she was messed up fueled with pain and rage. As she went on in life burying the pain deep, surviving off temporary fixes and quick reliefs at the alter it soon landed her in Jail for seven days.

It was at this moment that her eyes was open to the fact that her past traumas was leading her down a dark path. While locked up she cried out to God and in that moment a still small voice spoke and said no matter what happens remember your going home today. During this time she was so broken, hurt and scared however she held on to the still small voice.

Everyone in the court room that day went to jail for a long time, scared, afraid, trembling in fear she silently prayed. When she approached the judge, prosecutors and lawyers the judge began to talk. It was at this moment the prosecutors interrupted and said judge for some reason we don’t want to send her away. They could obviously tell she was no real criminal and sided with the women in court. The judge looked in amazement and said to the women he has never seen this in all his days in the court a prosecutor change their minds. That day this women was the only one to go home free. The road to healing was still a long hall. The women knew it was God and for the first time in her life it sparked hope in her, feeling like God really loved her.

She begin focusing on her inner issues changing the way she did things and start opening up. Still fighting a hard battle of depression and unforgivness she went through a journey that landed her in a mighty encounter with God. This encounter changed her life forever, she gave God her her whole life and heart. God begin peeling away the layers of pain, insecurities, anger, rage etc. she fought through the barriers. God cleaned her up and begin imparting His word in her, soon the fire, heart and passion of God sparked all inside her.

A few years later she begin walking heavy in ministry God has truly unravel her in a great and mighty way. This once broken, insecure, angry women was now whole walking in all God called her to be. Had she not given her heart to God she would have been in church with the appearance of godliness while bleeding and inflicting her pain on others.

This woman of God began to grow leaps and bounds with a heart and passion to see souls healed, delivered and set free. She now preaches from a place of purity, fire and glory. She launched a Spiritual Birthing Center to help women all over the world heal that God may birth the real revealed you.

I use to never be able to understand this women or her pain. Even when God loosed her she was sometimes afraid to walk in the favor and love of God. She had a pure beauty now because it flowed now from the inside out. Then God spoke a word and said the revealed you is greater than the false you. Go be free and do all I have commanded you to do. Isn’t that powerful? My God is so faithful. I want to encourage you right now.

Every detail of your life will work together for your good. So stand up tall and be of good courage, know that better is the ending of a thing than the beginning. I’m encouraging you with tears flowing heavily down my face. I have so much passion to see you, who are reading this living out your best life, the revealed you. My hearts burns with fire and love because that women you just read about was Me.

God has done the impossible in my life and he can for you too. Never be shamed of where you come from. God can do anything but fail. Trust me when I tell you I am a walking, breathing, living testimony that God can and still heals.

He will take you from your darkest hour and place you in your finest one. From trauma to triumphant I stand on the promises of God, loosing healing, deliverance and the glory of God to the nations. Be encouraged God will see you through and your next will soon become your now. 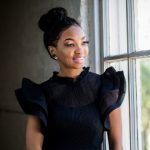 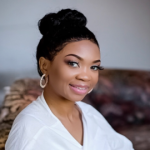