Why We Make Mistakes – And How We Can Learn From Them 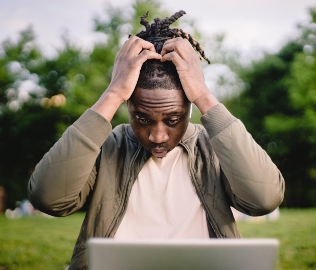 “The greatest mistake a man can ever make is to be afraid of making one.” – Elbert Hubbard

Mistakes. Even the word itself implies a negative connotation. The official definition of it is “an action or judgment that was misguided or wrong.” It is known that we humans often strive to not make mistakes and be as perfect as possible; that’s why there are so many people out there who consider themselves “perfectionists”. In truth, I personally think we all are afraid of making mistakes in one way or another – after all, mistakes are bad and should be avoided at all costs, right?

If you ask someone what one of the most classic Disney animated movies of all time is, there’s a high chance they’ll pick The Lion King. Truly, there are few Disney animated movies more classic and fun than The Lion King. It has every emotion you can think of and delivers them all in solid, intense, and exciting punches – happiness, love, grief, friendship, and humor. But underneath the exoskeleton of an adventure on the African savanna, so many of its emotional scenes carry thought-provoking themes and morals – especially about making mistakes.

There’s a scene I really love in the movie, where once the main character Simba runs away from his home of Pride Rock and tries to forget about his past and his responsibilities, he meets a baboon named Rafiki who comes from Pride Rock with the mission of bringing him back to rule as the true king. However, Simba doesn’t want any responsibilities because he feels that the mistakes he made were too much and too unforgivable.

When Simba explains this to Rafiki, the baboon promptly whacks him on the head with his wooden stick. Rubbing his head, Simba exclaims, “Geez! What was that for?”

Rafiki explains that it doesn’t matter because it’s the past. Simba, still rubbing his head, says that the past still hurts, and that’s when wise old Rafiki replies, “Oh, yes, the past can hurt; but the way I see it, you can either run from it, or learn from it.”

The same applies to mistakes.

In this article, I will tell you three tips about learning from mistakes that we often overlook.

“Anyone who has ever made a mistake has never tried anything new.” – Albert Einstein

Many of us are afraid of failing, and I think that everyone has been afraid to do something at least once in their life because they were afraid of messing up. And while a lot of us would rather learn good life lessons from others without having to make mistakes ourselves, we won’t always have that luxury.

Making mistakes is surprisingly one of the best ways to learn new things. When you mess up, your brain usually realizes, “That was terrible! I need to make sure I don’t do that again.” That is called learning from mistakes.

Richard Branson, the founder of Virgin Airlines, once said, “You don’t learn to walk by following rules. You learn by doing, and by falling over.”

As Maria Hill wrote in her article on www.lifehack.org, “We have a history of handling mistakes and failure in an unpleasant way. Since each of us carries our human history with us, it can be a challenge to overcome the fear of making mistakes. If we can embrace the reality of mistakes, we can free ourselves to be more creative in our lives and dig up some interesting insights.”

Ever since I was young, I loved languages. I was always obsessed with languages, and as of recently, I started learning Spanish with language-learning apps like Duolingo and Busuu. With Busuu, one of the most interesting and helpful features is the option to complete exercises, and others can correct those exercises. When I started off with my Spanish exercises about a year ago, people corrected me quite often, providing little tips and bits of advice. I made a lot of mistakes. A lot.

Now, I’m 88% fluent in Spanish, and I still make mistakes, but I certainly make less errors than I did when I started. Why is that? Because I learned from my mistakes. Once, I tried to say something about “the street” (“la calle”) and accidentally wrote “el calle,” using the wrong gender for the noun. Now, when I rewrite it, I know to say “la” instead of “el”. Why?

Because mistakes are a part of life, and the only way that errors are worth making is if you learn from them. Many of us make the mistake (pun intended) of thinking that errors are things to be avoided at all costs, and it makes sense. After all, why would we want to mess up? Wouldn’t things be better if we learned from success?

Yes, it would absolutely be better if we learned from victory rather than defeat. But unfortunately, victory is not a learning process. It’s a process of excitement, happiness, and celebration. Defeat, however, is a learning process. Just as Bram Staker perfectly put it, “We learn from failure, not from success.”

You see, when we’re at a low point in our lives, our brains automatically try to analyze and figure out what happened to get us to this low point. “What mistakes did I make?” we ask ourselves. “What did I do to get me here?” “What can I change next time so I don’t wind up here again?”

Those, surprisingly, are very healthy thoughts, because each one of those thoughts leads to a possible solution. The most important thing, though, is that we don’t dwell on our mistakes or our successes for too long.

“Mistakes are always forgivable, if one has the courage to admit them.” – Bruce Lee

One thing that success does to us if we spend too much time in victory is puff up our egos a little bit. Sometimes, we’ll get too confident and maybe even a little arrogant. And yes, there is a difference between the two (see my previous K.I.S.H. article, Self Esteem – Finding a Balance Between Arrogance and Confidence).

Sometimes, when we are in that over-confident mood, we forget that we are, in fact, still human, and that we are not perfect. Even the Bible confirms that we human beings are not perfect in Romans 3:12 (“…there is none that doeth good, no, not one”).

Oftentimes, when we make errors due to overconfidence or arrogance, we’re once again grounded with our mind-anchors buried in the reef of humility, and we finally re-remember (just like that fateful scene in The Lion King) who we are.

Crystie Lim perfectly put it in her article on www.lifehack.org, Why You Should be Proud of Making Mistakes: “Mistakes teach us the importance of staying humble. We learn that we are only human and that mistakes are inevitable. We also learn that humility is what make us beautiful.”

As a girlpreneur, double author, and keynote motivational speaker, I’ve spoken to many different types of audiences to get them excited, inspired, and energized. Elementary school-aged kids, tweens, teens, even seasoned adult professionals – you name it. I’ve had the amazing and humbling opportunity to speak to all of these age groups, and my speeches have been widely varied to tailor and cater to each audience.

However, there is always one subject which I almost never leave out, no matter whom I’m speaking to. I’ve found that this subject can be presented the same way to all of the age groups mentioned above and will still impact all – the fact that you only fail when you give up.

Usually, when I’m delivering this topic in one of my speaking events, I repeat that phrase again. You only fail when you give up. Why do I repeat it? Because it takes a moment to fully realize what that entails. “That means that the only time you actually fail is when you give up on your dreams,” I tell my audiences. Then, I finish with: “Mistakes are just a part of the journey. All you have to do is just dust off and get right back up and going to whatever it is that is your passion.”

And that is one of the most important things to remember. Life is a roller-coaster, and humans aren’t perfect. We make mistakes. We mess up. We, like my favorite literary character ever (Sherlock Holmes) once said, “…get down in the dumps at times.” Life has its beautiful, ecstatic ups and its melancholy, devastating downs. But truly, that’s what our lives are all about: making the most out of what we’ve got.

In the Disney animated movie Zootopia, one of the featured songs is Try Everything by Shakira. Literally the entire song is about how to keep going even when you make mistakes, and especially the chorus, where it ends with: “I want to try even though I could fail.”

So, let’s remember that mistakes are not bad things as long as we take Rafiki’s advice and learn from them rather than run from them. Remember to stay humble to succeed, accept constructive criticism to better your skills, and keep going – because the only time you truly fail is when you give up. 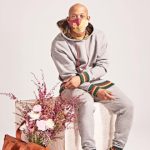 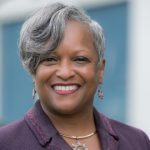